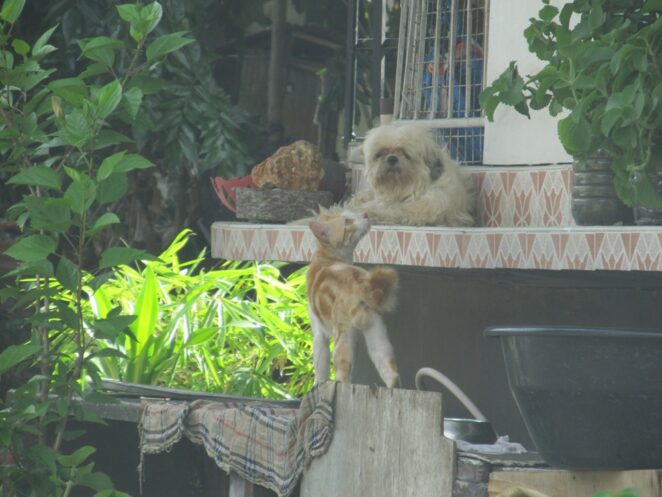 In the picture is a dog and a cat which looked like friends. At first, I thought they would fight but later on I realized from their actions that they know each other. The dog just looked at the cat and then went back to his relaxing position on the ledge. The cat passed by slowly but now wary as if to show that he is familiar with the dog.

It is by nature that the dog and the cat are enemies. That’s what we see in the movies, cartoons and stories that we had read. But in reality, it doesn’t matter much if the dog hates the cat or the dog loves the cat. They are both animals and with proper training they can co-exist like humans of different race.