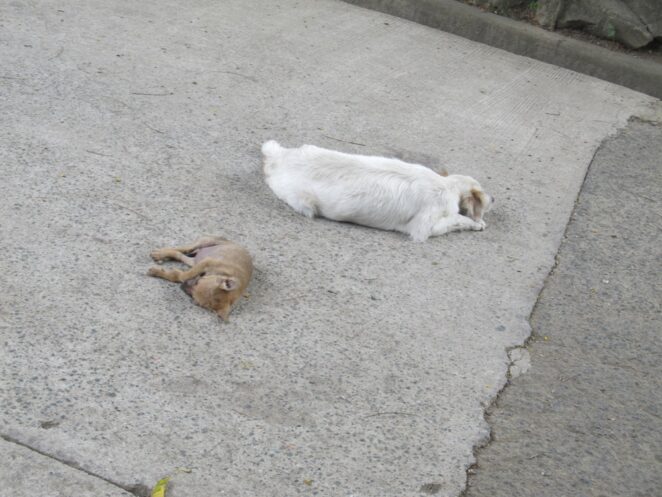 In the picture are 2 stray dogs in our village. Presumably in the picture is the mother dog and the puppy. They were both sleeping on the concrete road with no care in the world. But people say a stray dog is not the same as a loose dog. A stray means there is no owner while a loose dog has an owner who may be irresponsible in letting the dogs be on the streets.

Anyway, the problem now is the prohibition of such dogs. First issue is the quarrel that he owner would stand up for their ownership when the dog is captured by the municipal dog pound officials. Next issue is how to care for the captured dogs. It is expensive to feed and to care for those dogs. Those simple reason presented by the local community is enough to understand why there are still stray dogs in our village. And they want to call it loose dogs.