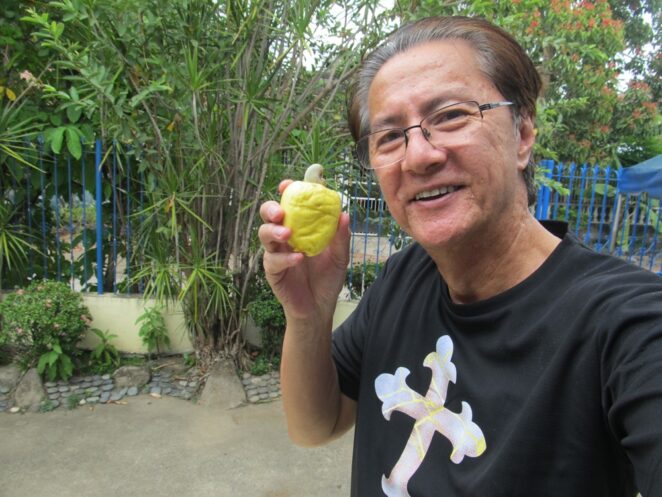 One doctor named Rolando Dela Cruz had invented an ointment with the main ingredient coming from the cashew nut. The seed of the cashew has a thick cover that has an acid which can burn the skin. Mixed with other ingredients, the doctor was able to invent an ointment that will burn the wart or mole that it will fall off after 2 days. What’s good in this ointment is that it is painless and leaves no scar. Many who used it are amazed. This ointment has the approval of the Food and Drug and also of the department of science and technology. In other words, the patented ointment is for real.

His clinic is named RCC Amazing Touch that can be found only in the Philippines.