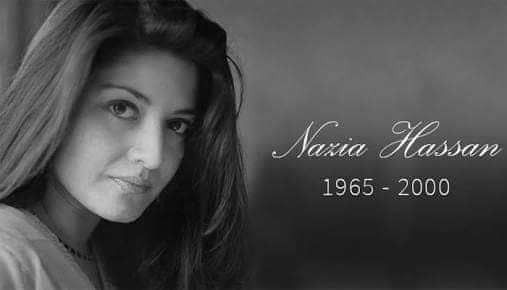 Today is the 19th death anniversary of Pop singer Nadia Hasan. She was born on Apr 03, 1965 in Karachi. She started her singing career through one of Pakistan Television programme “sung sung chalien”. Her brother Zohaib Hassan was also participated in that programme along with her.

She was popular singer in Pakistan and India. In 90s Nazia Hasan songs were top of the chart in America, England and Russia.

The personal life of most loveable singer was not quite well. She married to Ishtiaq Mirza in 1997 but her married life did’t lost long and got divorce in 2000.