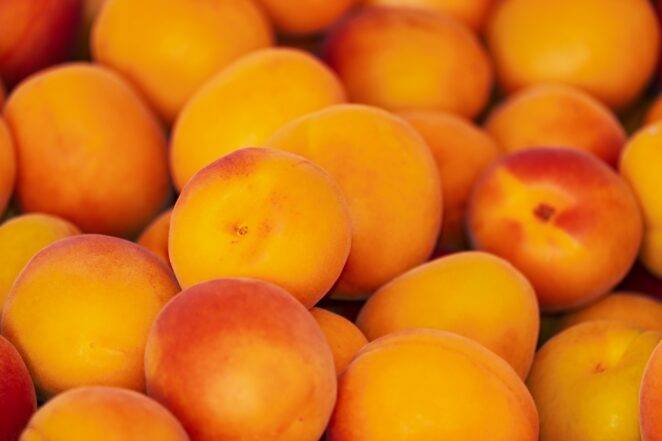 Regardless of whether apricots ripen faster than most other fruit or not, the assumption was pe-built into the word. in ancient English, was abricock, going back through Portuguese and Spanish, Arabic, and lat Greek to the Latin prunum, meaning an early-ripening plum

Image by Couleur from Pixabay

From this comes our word precocious child. A precocious child is one who ripens before its time and who is clever beyond his years, or when or who matures at an unusually early age. A gherkin is a small cucumber used for pickling-small enough to be mistaken s an unripened cucumber. The word probably goes back by an extraordinary route, through Dutch, low-German, Lithuanian, Polish, and medieval Greek.