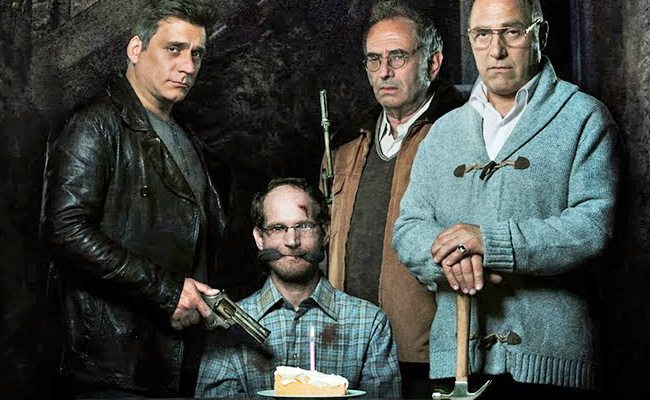 Horror films and scary psycho-thrillers about murderers on the loose are not really my idea of fun entertainment.  They are not my favorite type of film because of my weak stomach which cannot easily digest blood and gore – fake or real; and bad dreams or nightmares are almost always inevitably a byproduct of watching those movies.  But every once in a while, particularly if it’s a Friday or Saturday night, a relative or friend might be able to persuade me to watch that kind of movie.  But even if I agree to watch the movie, there are certain allowances that must be made.

Allowance Number 1:  I am not to be left alone at any time while the movie is showing, except that I can go to the bathroom by myself.  LOL.

Allowance Number 2:  It is perfectly OK if I “watch” the film all the way through with my eyes closed and just listen to the dialogue.  That way there won’t be any gory scenes in my memory for me to fall asleep and dream about.

Allowance Number 3:  If I watch the movie trailer and it scares the bejeebers out of me, all bets are off!  That’s it!  I’m not watching the movie!  If watching a movie preview upsets me there is no way I can watch the movie.

Here is a movie recommendation.  The movie is “Big Bad Wolves”.  It’s Israeli-produced and it’s a scary murder mystery suspense thriller!  This movie is also described as a black or dark comedy, but I have a problem with movies labeled as such.  It’s just one of my pet peeves.  Does this plot sound something to make you laugh?  It’s a murder mystery wrapped around a horror.  The victims are innocent little girls, a killer or killers are on the loose, and you have just got to know if the Big Bad Wolves get caught!

The Saturn Awards are presented by the Academy of Science Fiction, Fantasy and Horror Films, an American organization.  “Big Bad Wolves” received the award for Best International Film at the 40th annual ceremony.  If that accolade isn’t enough to impress you, then it might interest you to know that Quentin Tarantino called it the ‘Best Film of 2013’.

Anyway! This movie went on my watch list after reading a review that piqued my interest.  The Number 3 allowance has been eliminated since watching the trailer did not overwhelm me with fear and dread. However, because of Number 1 and Number 2, I have to wait for my husband or other relative or friend to be in the mood to watch this mystery with me.  I am NOT watching this movie all by myself!  LOL.