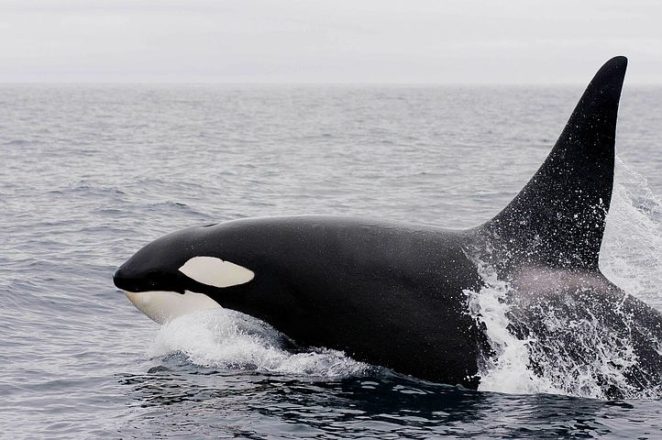 This is the second article in a series about female animals. These massive dolphins live in family groups called pods. The females of the species are in charge and the basis of the nuclear family. The females stick together.

The males leave, mate, explore and come back to the pods from time to time, but the females stay. Orcas are the most widely distributed dolphins, they can be found in most ocean areas. These massive dolphins are at the top of the food chain. Their only true enemy is man.

Orcas hunt in a team and their teeth can grow to be four inches in length. Orcas use echolocation, the process of bouncing sounds to find prey and location. They communicate with those vocal calls as well. The are high pitched clicking noises.