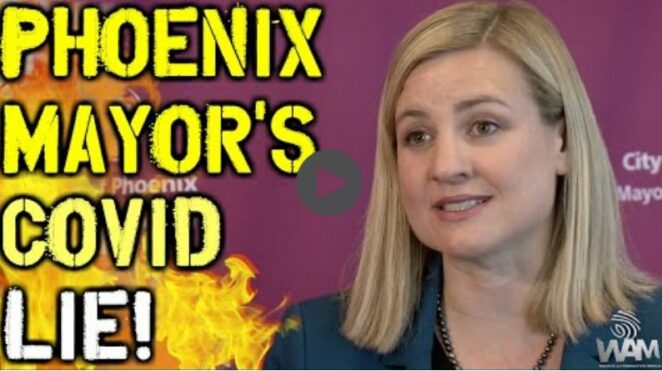 In this video, I report on the latest political lie from Mayor Gallego of Phoenix, Arizona following an appearance by the mayor on a national broadcast where she claimed morgues were overflowing with bodies due to the coveted “illness” and that she’s calling in refrigerated trucks to carry the massive body count.

The facts however are quite different. Owners of morgues throughout Phoenix came out and said this was absolutely false and that morgues were not above capacity effectively catching the Phoenix mayor in a lie. We all know that as long as a politician’s mouth is moving, they’re lying, but WHY lie about something so easily debunkable on national television?

Fear. It’s all about fear. With fear comes complacency and obedience. It didn’t work out so well this time, however. These lies have been piling sky-high throughout this pandemic exercise globally. In this video, we break down this latest lie, the stats, the numbers, and the nonsense! Stay tuned as we continue to cover this issue closely!