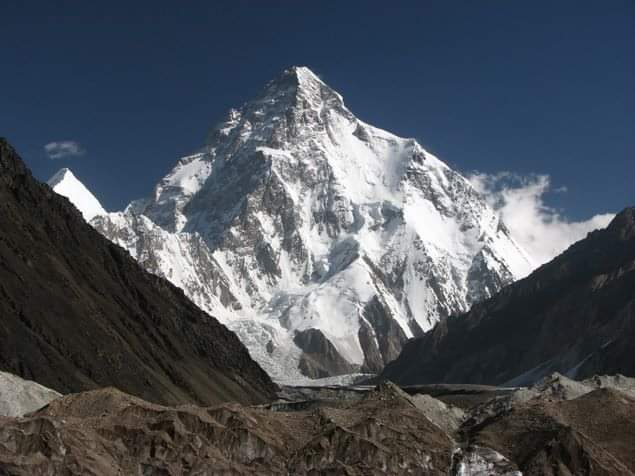 K2 is the second highest mountain peak on earth after Mount Everest. It is also known as Mount Godwin-Austen. It is located between the border which is situated between Baltistan (in the Gilgit – Baltistan region of Northern Pakistan) and the Taxkorgan Tajik Autonomous Country of Kinjiang, China. In 1852, a British surveyor, T G Montgomerie gave the name K2 to this mountain.This breathtaking mountain keeps different interesting facts under its name. There are hundreds of thousands of reports that have been published on this second highest mountain on earth. It has peak elevation of 8,611 meters. This mountain is considered as the highest point of the Karakorum Range and the highest point in Pakistan. Many climbers around the world have tried to climb the K2 Mountain in different times. Most of them have gone to death during climbing۔