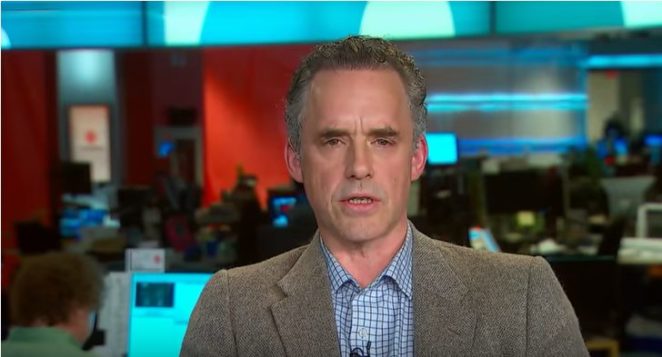 ‘I hit a hornets’ nest at the most propitious time’ .

Fox News host Tucker Carlson, had this comment about Jordan Petersen, saying, “this is one of the great interviews of all time”, and in so doing, he bolstered Peterson’s preferred image as the cool rational man of science who faces down the growing Canadian hysteria of political correctness.

As Professor Petersen told a Television host, Newman in his distinctive, constricted voice, which he personally compares to that of Kermit the Frog, saying: “I choose my words very, very carefully.”Professor Jordan Petersen is a psychology professor at the University of Toronto, Canada was asked why he is against the use of “alternate pronouns” he said that he was against the use of legislation to determine what words that he and other people are permitted to utter.

The interviewer asked if he would make use of alternate pronouns if asked to. He said that he would not and gave his reason for saying so. “I will not, because I don’t believe that other people have the right to determine what words I use especially when they are backed by punitive legislation and when the words that are being required are artificial constructions of people I regard as radical ideologues” who’s viewpoint I do not share,” he replied.

“Virtual alternate pronouns are to be permitted to adopt and apply absolutely any virtual, (nonexistent) point as a term of personal address or reference and the entire human populace are supposed to simply doggedly submit to the subject’s whim at that moment in time.” This untested concept of making use of “alternate pronouns” as a matter of choice has already resulted in the British prison service apologizing after an alternative gender inmate, Steven Wood (alt.) Karen White was charged with raping a woman and sexually assaulting four other fellow inmates just days after being remanded into an all-female jail.

Convicted pedophile, Steven Wood (Alt.) Karen White, who, born as a male was undergoing “gender reassignment” while in an all-male prison, but who had “not yet” undergone surgery, when he/she was accused of repeatedly raping a woman. The 52-year-old, who had been jailed in 2001 for sexual attacks on a child, recently told the authorities he now identifies as a woman and was subsequently remanded into HMP New Hall near Wakefield, West Yorkshire. However, within days of arriving at the all-women prison in September, Steven Wood made these sexual advances to inmates,…