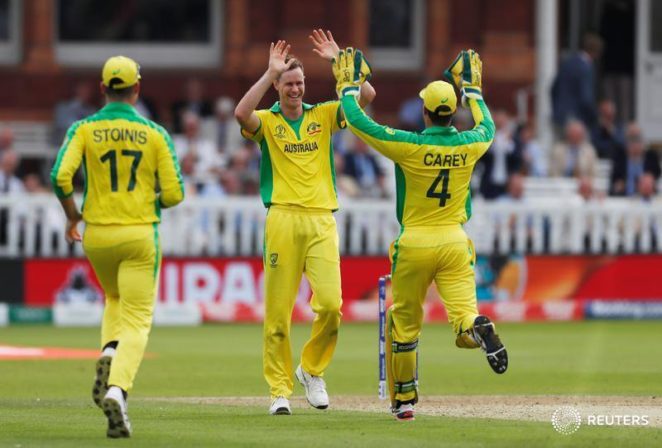 To be honest, probably i was the only person on the globe who was 100% sure about Austrailia’s victory over England even before the match. Interestingly the spectators of Sri Lanka, Bangladesh,and Pakistan were also praying for England’s defeat against Ausrtrailia. England lost their third match in ongoing world cup and now they are also in do or die situation. They must have to win both of their remaining matches to qualify for the semi finals which are against India and New Zealand. Both of these team are so far undefeatable in this world cup which means England is now under immense pressure.

The victory of Austrailia over England also provided opportunities for Sri Lanka, Pakistan and Bangladesh to qualify for the semi of mega event.

So, world cup is now in interesting phase. Every thing is possible. But i am pretty much sure that hot favourite and hosts of mega event (England) lost the plot and now it is very difficult for them to qualify for next round.