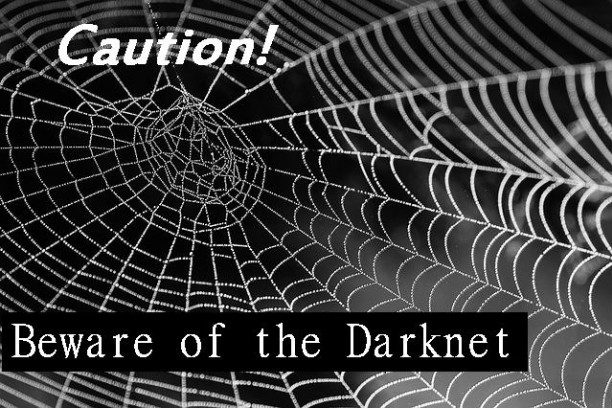 Can you remember when you first heard about the Internet?  I can!  I was working for the federal government at the time and I was convinced that it was like a super tool that would make my job a whole lot easier.  To me, it was like having a public library on your desktop.  I got my experience learning how to surf the web while performing my official duties and responsibilities as a civil servant.  Eventually, we purchased a home computer and the first thing I did was get Internet access.

That was about 20 years ago.  I taught myself about Internet technology.  I don’t know much but I have what’s a called a “working knowledge” of the technology.  The worldwide web erases borders and brings all mankind together to live in one huge happy neighborhood.  Hey!  I can dream.

Sadly, there is always a part of the human race that is never satisfied with purity and goodness.  Just as there is a glorious Internet that helped shine light into the world, there is also a Darknet.  A Darknet?  Duh?  (O.o)

That was my reaction too when I heard about it.  Some say they prefer the Darknet because they want to protect their privacy and anonymity when they are online.  That’s understandable.  Only there are some who access the Darknet and take it a step further.

“Dark Net (or Darknet) is an umbrella term describing the portions of the Internet purposefully not open to public view or hidden networks whose architecture is superimposed on that of the Internet.”  (Source)

“The Darknet’s large criminal marketplaces are well known. Here, you can buy everything from drugs to assassinations.”  (Source)

Ah well!  Should have known the Internet wasn’t going to create a perfect world.  That’s what I get for being so naive.  Nevertheless, I continue to sing praises about the Internet.  As for the Darknet?  Eh!  The bad guys always get their “comeuppance”. Always.

A #BeginnersGuide to Exploring the #Darknet | TurboFuture ~ https://t.co/Piz7KZqnQ1 ~ Ever heard of the Darknet? “A hidden #Internet exists underneath the 'surface web,' hidden from the view of ordinary web users.” True and scary. #technology pic.twitter.com/xmVpIUdHVB

BEWARE of the Darknet! There’s a Darknet?? It figures. Haven’t even learned how to harness the power of the Internet and there’s a Darknet! ~ https://t.co/oZCqiOMBaU ~ #Internet #Darknet #criminalunderworld #technology pic.twitter.com/ZiTahiLnYE