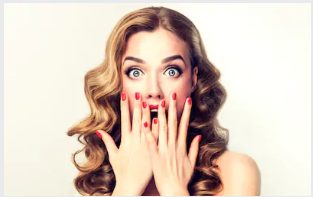 Jake, a kid in junior school had an assignment, he and his class had to make a Halloween costume each by themselves. He decided to go as a ghost.

It was the day of the costume showing event and several kids had already shown their costumes. Finally, it was Jakes’s turn to show his ghost outfit. When he came into the class after changing into the costume it was an absolute show-stopper. Everyone liked his costume best.

Back at home, he could hardly wait to tell his mom that he had won. Stammering and stuttering, he managed to tell her his story and to show her his trophy.

She was so happy for him and asked him to put it on and show her. So he raced into his bedroom to change. The moment of showing her arrived and as he entered the sitting room where she was waiting for him. As she saw him, she shrieked loudly and jumped up with her eyes wide open and staring at him in what seemed like real shock and terror on her face.

“She was good”, he thought, even more, convincing than his classmates. He had no idea that his mom could act that well. Still, he was a little surprised that she hadn’t uttered a word, even after showing her, the costume, she just sat there staring at his costume, bewildered…

It was because he had cut the costume from the front panel of his mom’s 3rd generation wedding dress!