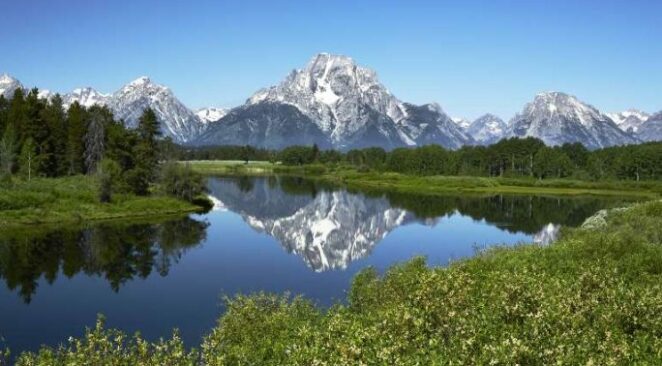 The youngest mountains in the Rockies, the Grand Tetons rise 7,000 feet almost straight up from the Jackson Hole Valley in Wyoming, USA. The peaks were named by French-speaking trappers who traveled through the region in the early 19th century. Grand Teton is the Teton Range’s tallest mountain at 13,775 feet. Grand Teton was named after French trappers ‘the three teats’, derived from ‘les trois tetons’. The name ‘the three teats‘ was shortened to Teton. Grand Teton National Park was established in 1929 by then President Calvin Coolidge.