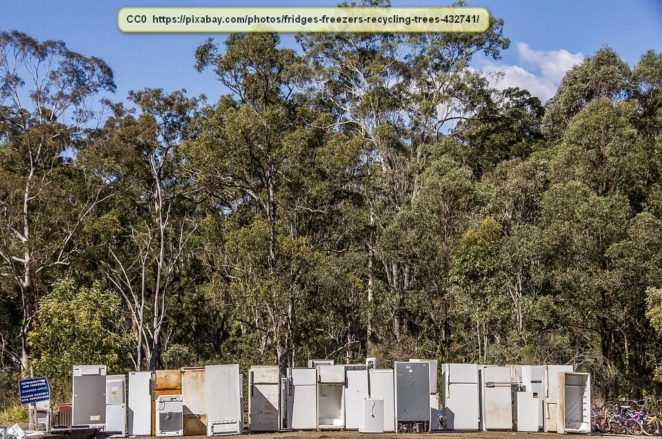 Many people alive today were never around when the first “frost-free” or auto-defrost freezer hit the market, so they may not remember manually defrosting the freezer. This had to be done periodically because ice is an insulator. When the evaporator coil became coated with ice, the freezer would stop keeping foods frozen.

Auto-defrost uses an element that heats up the evaporator coil periodically to about 40°F to melt accumulated ice and frost. The heating element is governed by a timer switch.

So how did we defrost the freezer in the “dinosaur days”? This was simple, though time-consuming. We’d take all the food out and put it in ice chests, then unplug the freezer and prop the doors open. The freezer was then allowed to defrost. Finally, it was cleaned, dried, and plugged back in before transferring the food back to the freezer.

It should be mentioned that the frost and ice that built up were unusable. The ice was heavily contaminated, so the ice and the resultant water was discarded.

Auto-defrost freezers have been around for a long time. The first patent for one of these units was accepted in 1927 and the technique was known several decades earlier. However, like so many things, the units were initially expensive, so they weren’t in common use before the 1960s. Today, nearly all freezers are auto-defrost. Most people born after 1970 have never had to manually defrost their freezers.