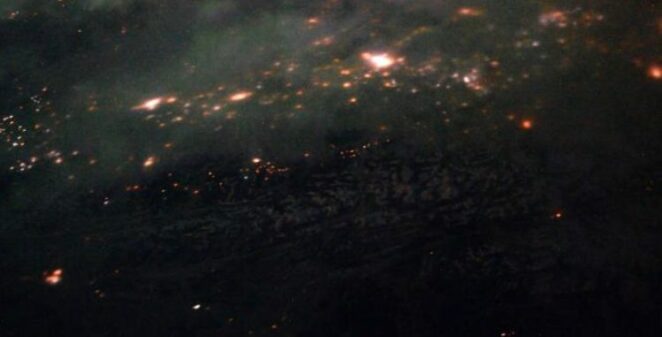 Earth’s magnetic poles changed places at an incredible rate about 500 million years ago, which hints at the effects on early life on the planet and offers some clues to core formation.

Scientist Yves Gallet, of France’s Institut de Physique du Globe de Paris, had his face turned toward the rocks with one goal in mind: deciphering the history of Earth’s magnetic fields.

This protective bubble shields Earth from radiation that’s constantly streaming from the sun. In the planet’s 4.6-billion-year history, the field has frequently flipped, swapping magnetic north and south, and some research suggests that another flip may be on the geological horizon. While fears of a looming geomagnetic apocalypse are overblown, a magnetic reversal could have many damaging impacts, from increased radiation exposure to technological disruptions, which makes understanding these historic flips more than just a scientific curiosity.

Gallet and his colleagues have uncovered evidence of one of the highest rates of field reversals yet recorded. During this stunningly chaotic time, detailed in a recent publication in Earth and Planetary Science Letters, the planet experienced 26 magnetic pole reversals every million years—more than five times the rate seen in the last 10 million years.