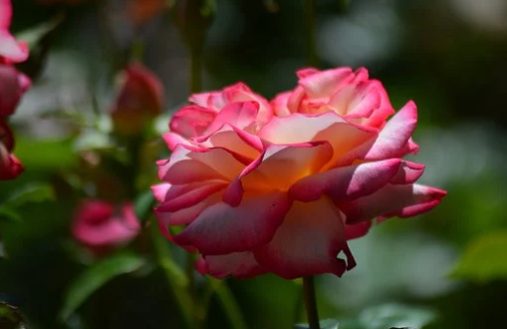 In Middle English, the word bead meant something vastly different to the name we apply to it today, a trinket or item of jewelry as in a string of beads. In ancient times, the word beds, or bead, meant a “prayer”, or a request. The saying of prayers was often accompanied by the counting of rosary beads, so bead came to have the added meaning of prayer bread and eventually acquired it’s more general, or modern sense.

The string of prayer beads known as a rosary takes its name from the Medieval Latin rosarium, meaning, a garden (or garland) of roses. It was thought to resemble the Virgin Mary’s crown of roses.

NOTE: The rose in the image is called a “Rosary flower”

A BEAD IS A PRAYERGEBEDprayerRISARIUMTranquilpen Polls