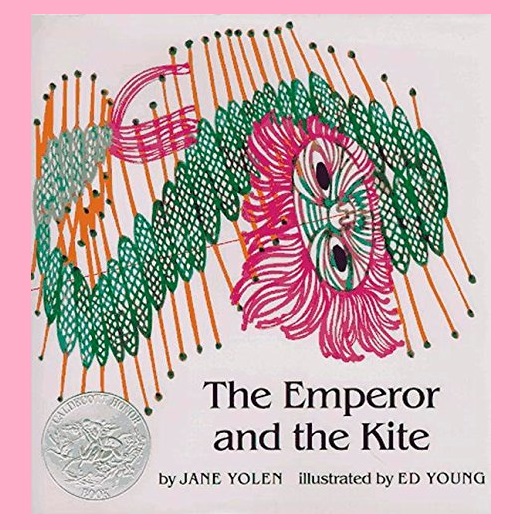 Isn’t it every little girl’s fantasy to be a princess?  You get to wear beautiful clothes and a crown! Right?  You imagine being the daughter of an emperor or a king makes you very important. Right?  Only … This is not your imagination or a fantasy. You happen to be a real princess!

So why is it that the only thing anybody ever really allows you to do is to go fly a kite?  Not that you’re complaining.  Hoisting a colorful kite and watching it wave in the wind is huge fun!

But you could do other things if everyone didn’t discount you because you were so small.

Everybody? Well, maybe not everybody. There is one person who does always notice you and in that person’s eyes it’s okay that you’re “the smallest one”.

Meet Princess Djeow Seow, youngest and smallest daughter of the Emperor of China.  Not her exact words, but probably her exact thoughts.  Little did she know that one day, the fate of the kingdom would be in her hands.  One day, she would have to prove to everybody that she could do so much more than go fly a kite!

Image credit:  The Emperor and the Kite by Jane Yolen  (Recommended reading for children, ages 4 to 8.)

“The Emperor and the Kite” by Jane Yolen ~ https://t.co/PZVrnSvefN ~ Princess Djeow Seow spends her days flying a kite. But when the Emperor is imprisoned in a high tower, guess who can save the day? pic.twitter.com/Fevf72zmCu