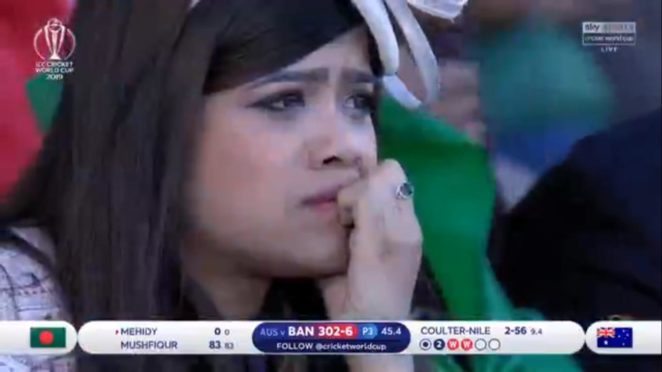 It was the first time in world cup 2019, that a team earned lot of respect despite losing the match,  and once again it was Bangladesh. A target of 382 is almost impossible to achieve against bowling like Austrailia, but Bangal Tigers put their head down and played some brilliant cricket. This time not Shakib, Mushfiqur Rahim was star of  Bangladesh  innining. Mushfiqur Rahim’s hundrad comes in a losing effort, but he shown great fight in a tough chase. Muhammadullah Riyadh was also impressive.

Bangladesh should be proud of their efforts. They’ve been superb and great to watch at the World Cup. They Beat South Africa after scoring 330, New Zealand only beat them by 2 wickets, Scored 280 versus England, Beat West Indies when chasing down a target of 322, and Scored 333 against Australia.

Over all David Warner’s brilliant inning of 166 from 147 balls was the main difference between to teams.