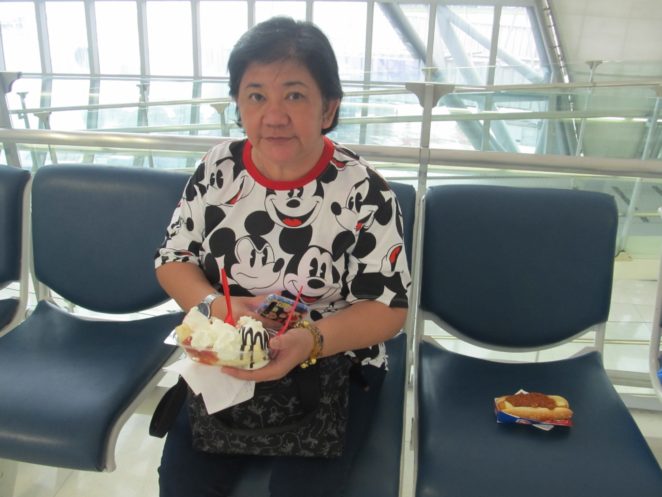 One of the longest cold dessert is the banana split which I had seen when I was a boy. That was more than 50 years ago and until now the banana split is still selling good. The slices of banana would be resting on the scoops of ice cream that is covered with crushed nuts and syrup. Just looking at the elongated bowl of banana split would make me salivate especially when the weather is hot.

Until now the banana split is still selling like hotcakes because in all the Asian countries that we have been to, I saw the banana split in the menu of the ice cream parlors. It’s nice to know that my favorite childhood dessert is popular in other places that maybe it can outlast my longevity in terms of existence.