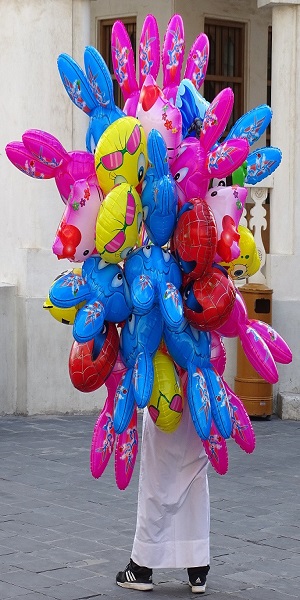 Today I buy balloons by the hundreds for the parties I organise for the less privileged during Christmas time  But when I was a kid it was a different story.

The balloon vendor will announce his arrival but mother would not even look in that direction. Hard up as we were balloons were the last that mother felt we needed to survive.

I had a school friend who was well off and she would give me a balloon which she quietly brought without her mother knowing about it and gave it to me  That balloon was precious.  I did not even want to blow it but blow I did though and had the joy of my life.