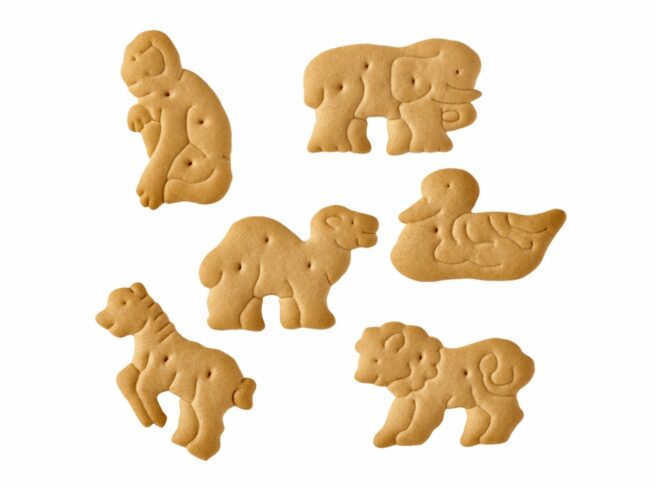 Animal crackers are associated with my childhood. Two of my sisters who were working in the city always brought us tins of these biscuits and we could eat any number we wanted

We siblings would even play a game with them. We would pick a handful and the one who had the most pairs would be the winner and others would have to part with a biscuit each.

We played this game hiding from mother as she never encouraged us to play  with food.