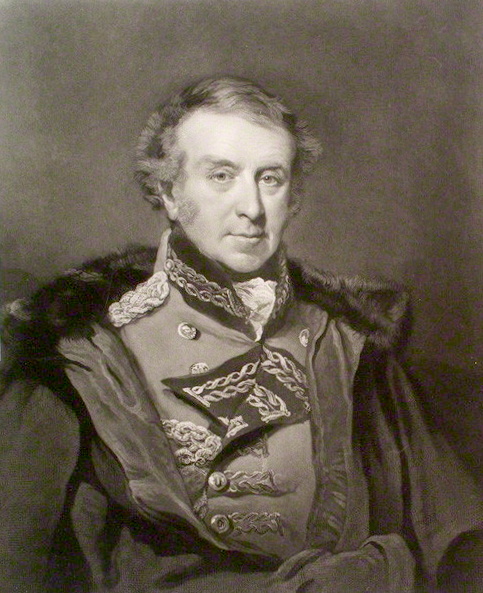 What would you do if you had just won an important battle? How would you treat your defeated enemy? If you were a true gentleman, back in 1808, you might have done what Sir Hew Dalrymple did and send the vanquished army back home – using your own ships to give them a free ride!

The battle in question was that of Vimeiro, fought on 21st August 1808. It was an early conflict in the Peninsula War, which was the name given to the campaign fought in Spain and Portugal as part of the Napoleonic Wars.

Sir Hew was not the victorious general, as he was not there at the time. The victory was down to the brilliance of an up-and-coming commander named Arthur Wellesley, who would later become the Duke of Wellington. The French, under Major-General Junot, were soundly beaten and forced to withdraw.

Wellesley was all in favour of pursuing the defeated French, but he was overruled by Sir Hew Dalrymple, who held a position that was senior to that of Wellesley.

Sir Hew was much more of a bureaucrat than a soldier. He was an old-school aristocrat who got to where he did purely because of his position in society. Although he had some military experience it was very little, and he had spent the previous two years as Governor of Gibraltar. He was now appointed as Governor of the Portuguese Exhibition, and therefore Wellesley’s boss.

Whereas the soldier (Wellesley) would have pursued the enemy, the gentlemanly bureaucrat (Dalrymple) preferred to draw up a treaty! This – the Convention of Cintra – stipulated that Junot’s Army would be transported back to France in British ships, together with all their equipment, weapons and other goods – much of which had previously been looted from the Portuguese.

One has to imagine that Dalrymple must have thought he was playing a game in the same spirit as a cricket match between Oxford and Cambridge Universities. The losing side would accept their defeat like gentlemen and behave themselves in future. There was nothing in the Treaty to prevent the defeated troops coming straight back to the War once they landed in France – which was precisely what they did.

The absurdity of this convention was not lost on the British government, which promptly recalled Dalrymple and Wellesley back to London. No punishment was meted out to Dalrymple, but he was never offered another commission.

Wellesley, however, was sent back to Portugal and given supreme command of the British forces. He was eventually successful in driving the French out of the Peninsular. In 1815 he played a major part in the final defeat of Napoleon at Waterloo.

Sir Hew Dalrymple retired to his estates and died in 1830 at the age of 79.