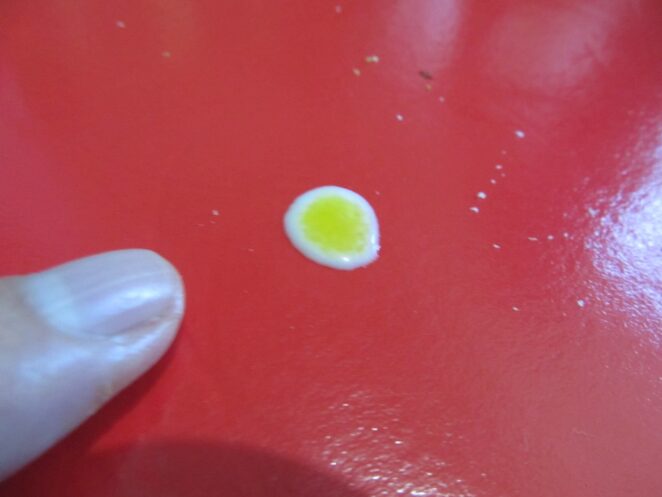 Before you read the entirety of this article, can you guess what the picture is? The finger is mine just to show the perspective and size of that thing. It looks like a miniature fried egg, sunny side up. But it is very small so maybe your guess is a small egg like a lizard’s egg. But how would you fry the lizard’s egg sunny side up?

Anyway, that thing like an egg is partly an egg. It was not deliberately made but just by accident. At first, the milk spilled a big drop on the red placemat. I ignored it and got the fried egg. But as it happens when I was eating, the fried yolk of the egg dropped from the fork and landed almost exactly at the center of the milk puddle. Now, isn’t that the smallest sunny side up egg?