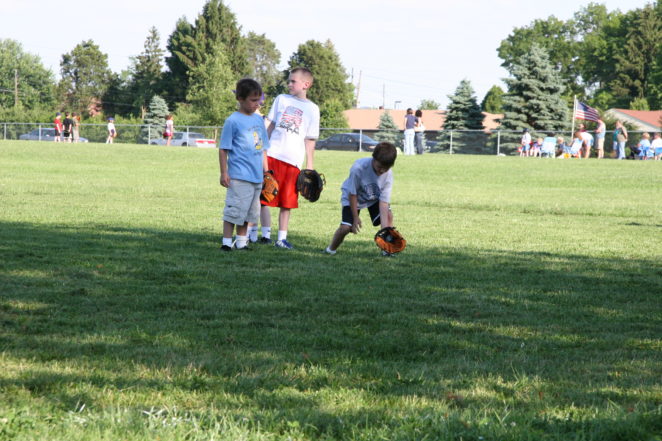 More of the baseball practice. One of the fun things was the number of fields the YMCA had. They had 10-12 baseball fields, which could quickly become soccer and football fields. In fact, they did change usage frequently. Interesting to me, after moving to Maryland and in particular now that we live near the Soccerplex in Germantown is that they don’t convert the soccer fields to anything else. They are soccer fields year round.

They also, the YMCA, didn’t turn fields for kids to play in, into parking lots. I know I should not, now all these years later, complain, but it did make attending the games a lot harder. If you had the early game, you had to get there really early. But with two active boys, that made the 30 minutes or so before the game a little harder to deal with. In the second go around we started arriving later, I would drop my wife and the kids off, and find a parking spot.

Still, the kids had a blast pretending to play. I would say that neither of the boys is really interested in sports. They did enjoy being part of a team, but not the actual sport. I guess it is the reality of the modern world. Kids don’t watch baseball like they did when I was little. I watched the Cubs every chance I got. WGN, the Chicago Super Station used to broadcast Cubs games, and when I could, I watched. It was in the time before VCR’s so if you missed the game, oh well. Different times, a different world than it was when I was little. 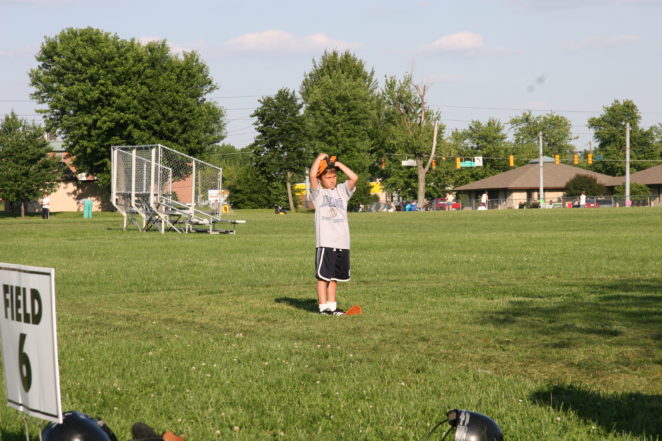