Winter weather has arrived in Montana early this year. That isn’t surprising since we’ve had longer, colder, snowier winters and short summers for most of the last 10 years, so it is a trend. We had a very short summer this year. It didn’t warm up until July 5 and our first light frost was in August, with the first heavy frost in early September. That means that the growing season was between 75 and 90 days. The normal growing season, not counting the last 10 years, is 110 to 130 days.

Last night, a winter storm warning went up over a lot of Montana and locally, we were told to expect 2-4 inches of snow. Granted, that isn’t very much snow unless you have to drive in it, which my daughter does. She has to drive 50 miles to work every day. We didn’t get more than a few really big flakes here, but when she got to work, there were four inches of snow on the ground there at 5 am.

The pictures that follow are from various public webcams in various locations. Note that these images were taken in the late afternoon after a lot of the snow had melted off.

This image is looking over Flathead Lake. This is the largest freshwater lake west of the Mississippi. Kalispell is located on one end and Polson is at the other. When we do major shopping, it is usually in Polson, which is about five miles closer to us. My daughter works in Ronan, which is about 20 miles south of Polson. 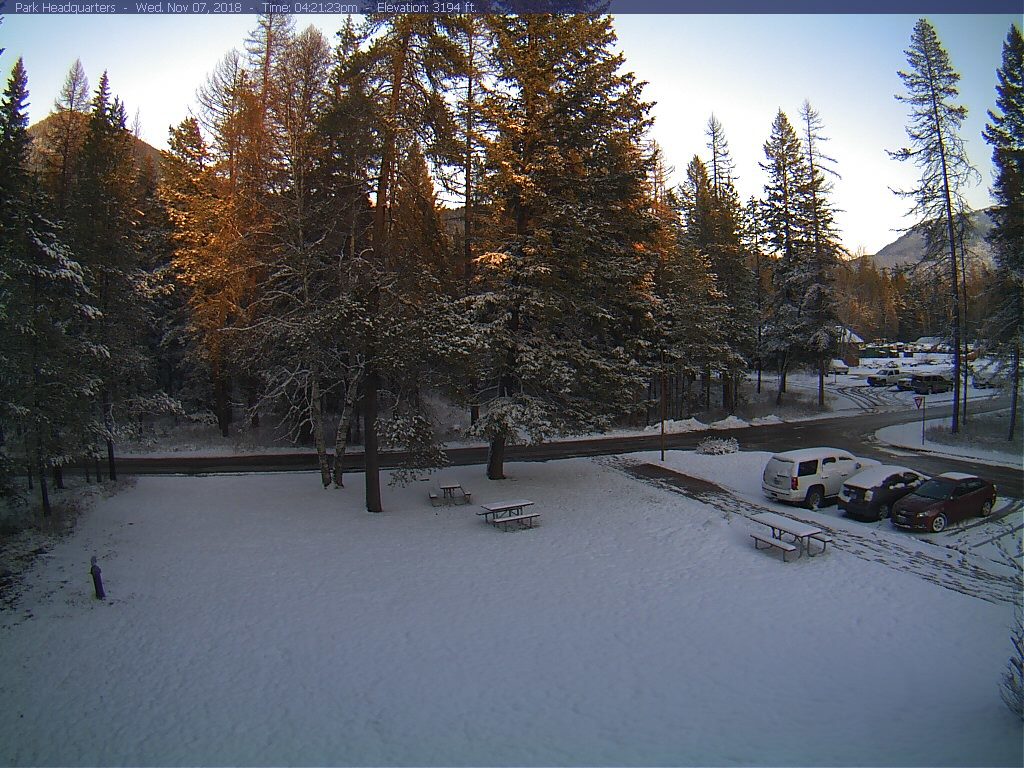 Here is the view a the headquarters in Glacier National Park, this evening. A lot of the snow has melted off, but it looks like there is still one or two inches on the ground. There are no storm clouds in the sky here, but that is deceiving since the clouds are coming in from behind the camera. 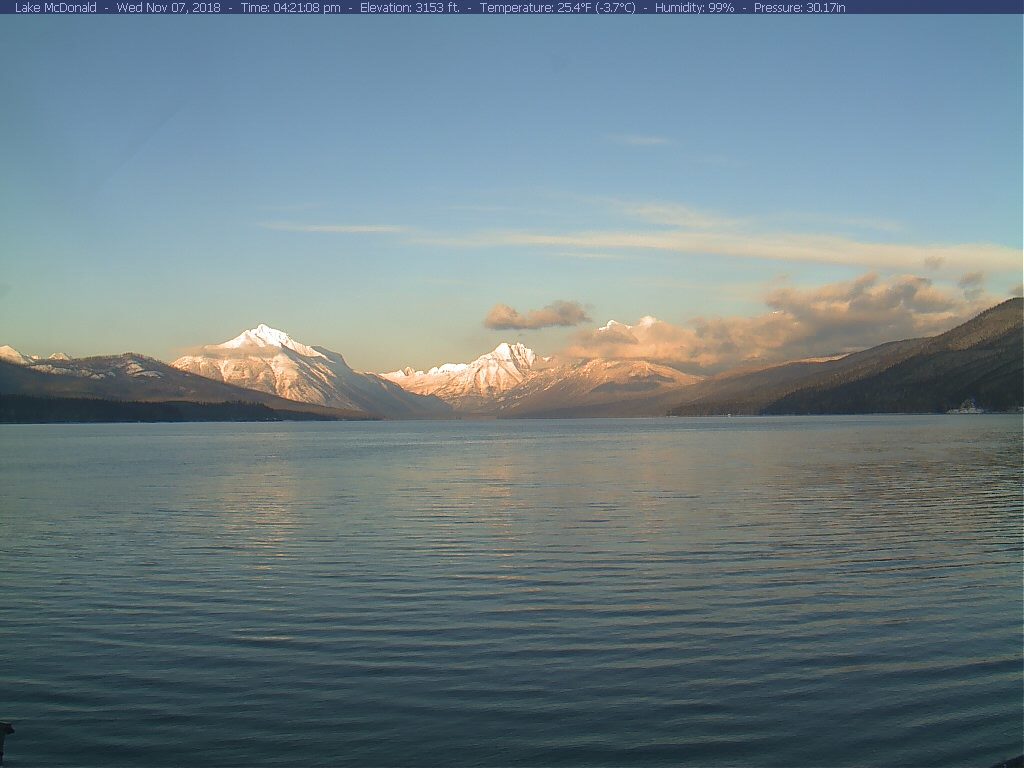 Here is a spectacular view over Lake McDonald in Glacier National Park. The snow level here is about 200 feet higher than the camera, so the ground is relatively bare, though it can only be seen in the far distance at the shore on the other side of the lake. The white that can be seen at the shoreline on the middle right isn't snow, it is a lodge that is painted white. 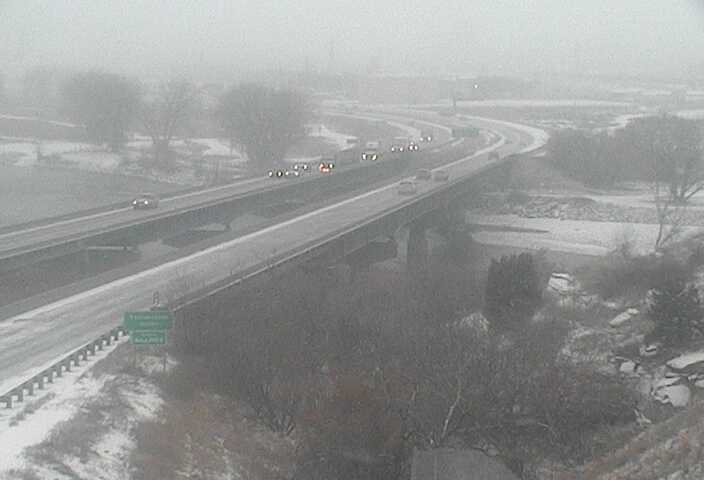 This is the view at Yellowstone River Bridge. It is currently snowing there, but the temperature is hovering around freezing, so only some of the snow is sticking. That could change overnight as the temperatures drop. 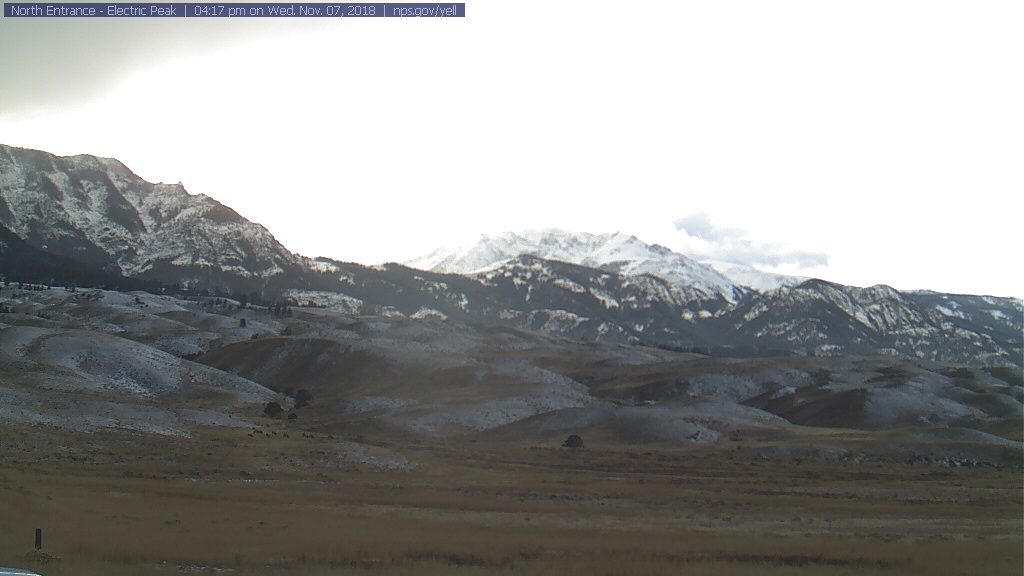 The hills only have a very light dusting of snow here at the north entrance to Yellowstone National Park. However, there is quite a bit of snow already at the higher elevations. That is sort of a silly way of putting it, though, because there really aren't any lower elevations in this national park. Still, the mountains in this image are snow covered. 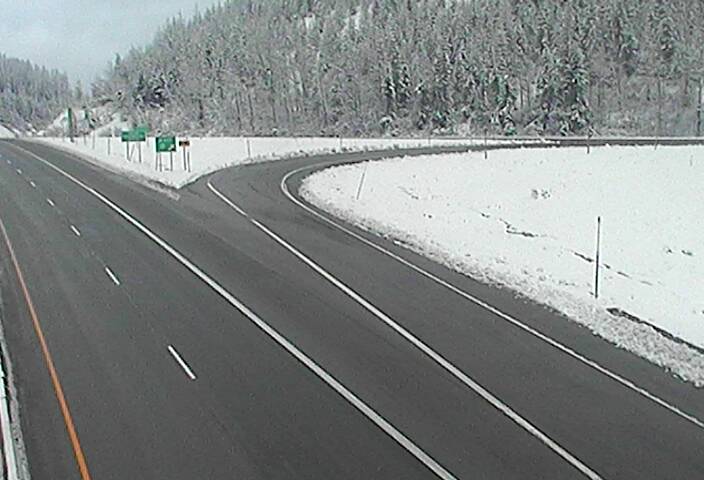 This is one of the most heavily used passes in Montana; Lookout Pass. If we go to Washington State, Idaho, Oregon, or California, we would go over this pass. Even after the warmth of the day, there is still about four inches of snow on the ground, not counting the berm where snow is stacked up after being plowed off the roadway.

As traveled as this pass is, this is also one of the stormiest in the state and it has more snow advisories and warnings than just about any other place in Montana.