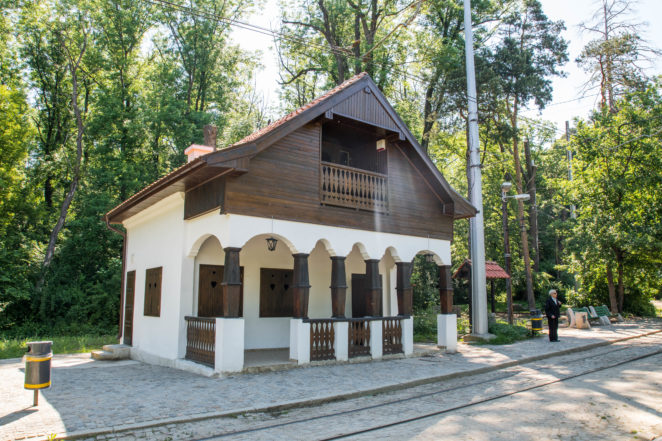 One of the tram lines in Sofia – №10, passes through part of a park.

The stop was built in the early 20th century as a place to rest and wait for a tram.

There were serious damage to the roof.

A year later the building was restored in its authentic form.