During its peak, Detroit was one of the great American industrial cities with just under 300,000 manufacturing jobs in the 1950s thanks to the booming auto industry. The population ballooned to nearly 2 million during this time yet currently only hovers around 700,000 due to the very public and thoroughly discussed decline of Detroit. Even though many of the stories don’t paint a rosy picture of the motor city, it is actually a wonderful city that offers a lot for visitors.

One of the great byproducts of the economic boom was great architecture. Accidentally stumbling upon the Guardian Building was one of the most pleasant surprises during our visit. At the Guardian Building, completed in 1929, you’ll discover a beautiful and vibrant art deco interior. Tours, a cozy little cafe, and a gift shop await you inside. 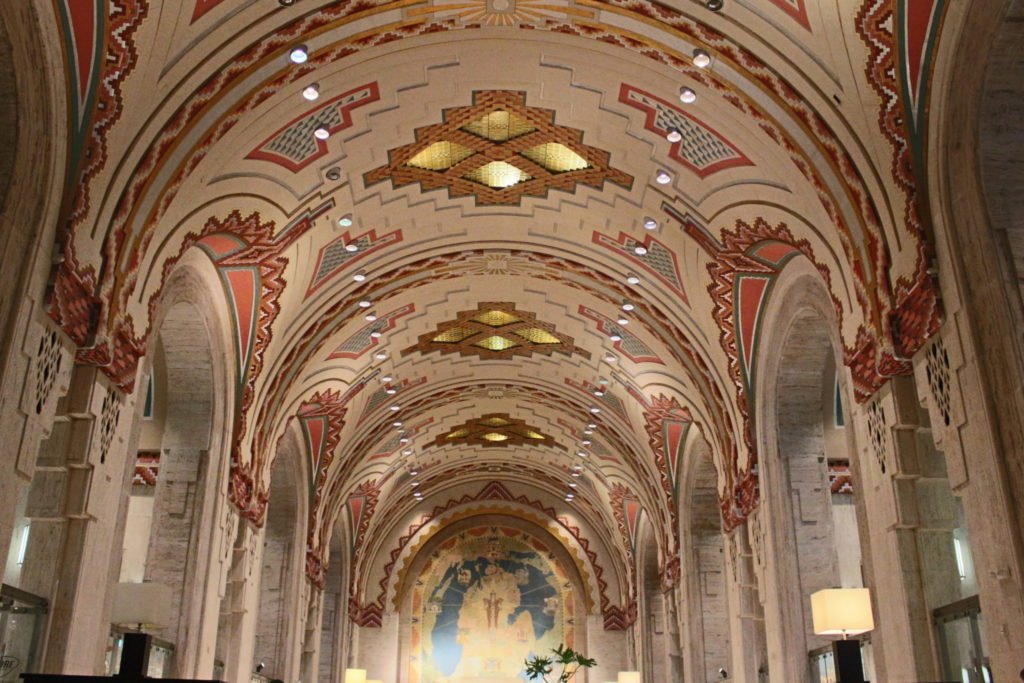 After seeing the Guardian Building, we did some research to find out more about the building. That research led us to the Fisher Building, another art deco architectural masterpiece in Detroit. The building was financed by the Fisher brothers and completed in 1928 by renowned architect Albert Kahn. The brothers wanted Kahn to build the most beautiful building in the world, as a gift to Detroit.

The Detroit Institute of Arts contains one of the finest collections in the world. The galleries feature works by Monet, van Gogh, Matisse, Picasso, Rodin’s Thinker, and powerful murals from Diego Rivera titled Detroit Industry. 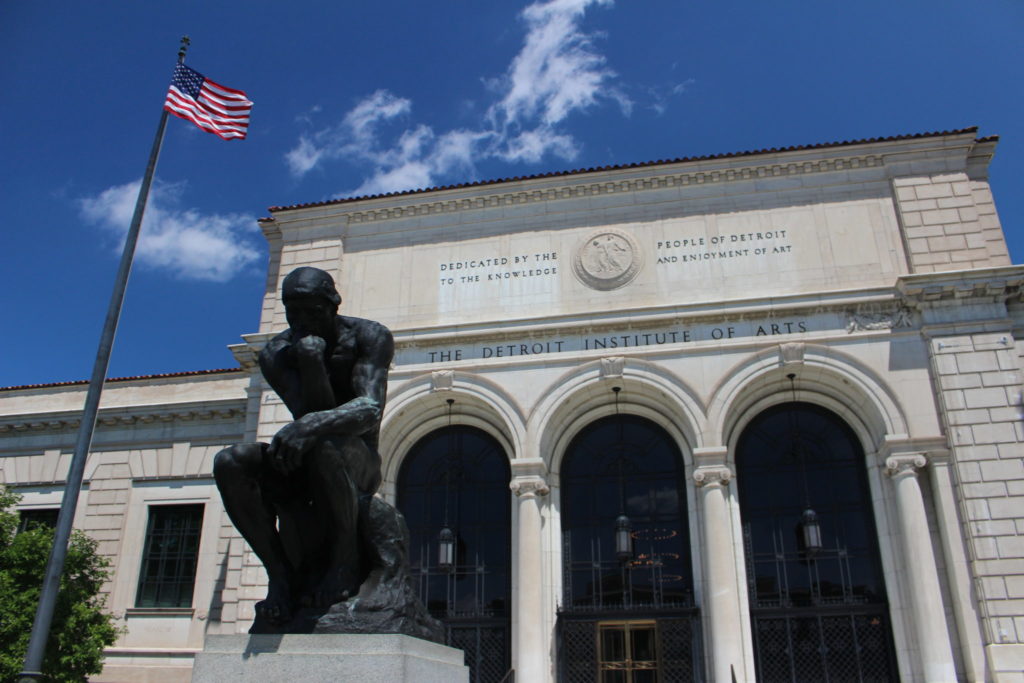 For a taste of outdoor, contemporary art, visit: The Heidelberg Project. Located in the McDougall-Hunt neighborhood, Heidelberg.org says that each piece of the Heidelberg Project is carefully devised to tell a story about current issues plaguing society. When viewing this outdoor community art environment, stop and think: What do you really see? Is it art? Is it junk? Is it telling a story? That’s for you to decide.

Detroit is equipped with its own classic food war. The Detroit Coney Island is a hot dog with a unique casing that gives it an unmistakable snap when biting into it. The hot dog comes in a steamed bun and is topped with a meaty chili sauce, chopped onions, and mustard. The Detroit Coney Island hot dog can be found downtown at Lafayette Coney Island and right next door at American Coney Island. Each version has its die-hard supporters. Lafayette has better reviews and ratings on Yelp. American won blind taste tests on Travel Channel’s Food Wars and Food Network’s Food Feuds. If you ask us, we preferred the no frills Coney Island dog experience and taste at Lafayette.

The Eastern Market is the self-proclaimed, “largest historic market in the country, a 4.5-acre celebration of the freshest, most wholesome fruits, vegetables, specialty foods, art and music, all undeniably Detroit.”

The Eastern Market is open every Saturday from 7am to 4pm and on Tuesdays and Sundays depending on the season. In addition to the traditional fruits and vegetables found at a farmer’s market, the Eastern Market also features a plethora of meat vendors, specialty stores, and restaurants found in their directory.

Motown Records, born in Detroit, has generated hits from a multitude of artists, some of whom you may have heard of: Marvin Gaye, The Jackson 5, Diana Ross, The Supremes, and The Temptations. Visitors can stop by Hitsville U.S.A., the former headquarters of Motown Records, and now home to the Motown Historical Museum.

Detroit is also home to great music venues such as the Detroit Symphony Orchestra, the Detroit Opera House, Fox Theatre, Fisher Theatre, and The Fillmore Detroit.

You may even run into street artists promoting their craft. We bumped into “science rapper” Shadow Klan and ended up purchasing his album for just a few bucks.

From Stevie Wonder to The White Stripes, Eminem to Bob Seger, Detroit has a truly rich musical history.

The Deroiters that are left continue to survive and rebuild. All the great things left in this classic city are still around due to the diligence and efforts of the underdogs that won’t let their city die. A place with a history and a hope for the future, the proud locals await a rise above the ashes; we look forward to seeing it happen.