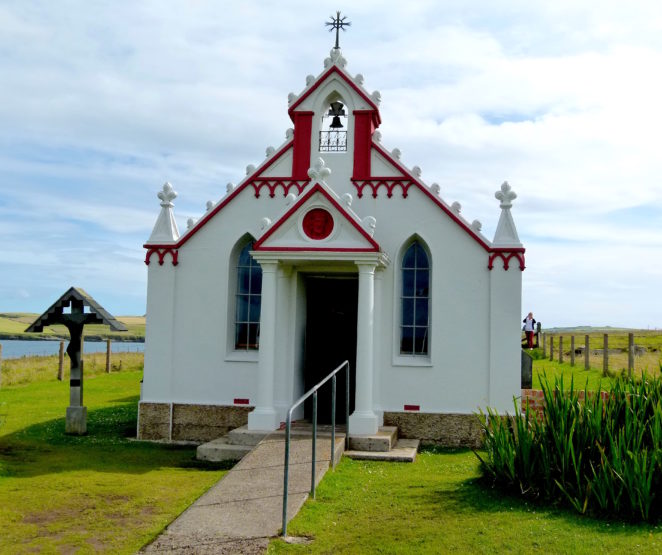 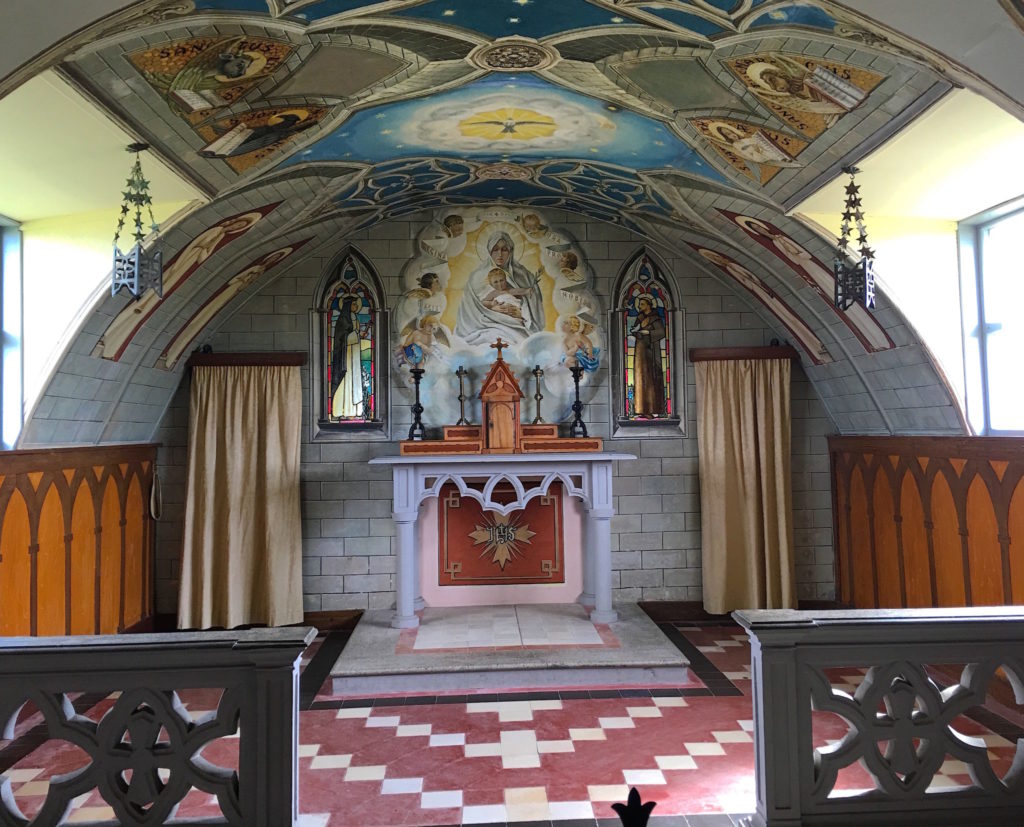 The ornate chapel seems oddly out of place in this quiet countryside. And the story behind it is even more surprising.

“It was built during World War II by Italian prisoners of war,” said tour guide Thelma. “They used whatever materials they could find and you’ll be amazed at what they were able to do.”

It all began in 1939 when a German U-boat slipped undetected into Scapa Flow on the Orkney islands in Scotland. The Germans launched a torpedo attack on the HMS Royal Oak, killing 833 crewmembers.

British Prime Minister Winston Churchill swore that such a stealth attack would never happen again. To prevent that, Churchill ordered giant causeways to be built. To build the four causeways, which became known as Churchill Barriers, 550 Italians POWs captured in North Africa were shipped to Orkney in 1942.

During their stay, the prisoners in Camp 60 were given permission to build a place of worship. Although Thelma had already told us that the chapel was created from two Nissen huts joined end to end, it was still unbelievable to see the church when our tour bus pulled up.

“The corrugated interior was covered with plasterboard,” Thelma said. “The altar rail and the altar were constructed from concrete left over from work on the barriers.”

Using concrete, the prisoners concealed the shape of the hut to make it look more like a church. “They used corned beef tins to make the light holders and used the inside of a car exhaust for the baptismal font,” Thelma said.

Most of the interior decorative paint was done by Domenico Chiocchetti, an artist and prisoner from Moena. The painting at the altar of Madonna and Child surrounded by cherubs was inspired by a prayer card that Chiocchetti carried throughout the war. The message: “Regina pacis ora pro nobis (Queen of Peace pray for us).”

Chiocchetti also made a statue of St. George slaying the dragon for a “square” in front of the chapel. The statue was made of barbed wire covered in cement.

The base of the statue contains prisoners’ names and some Italian coins. The statue was said to represent the prisoners’ triumph over defeat and loneliness during their years of captivity on Lamb Holm.

When his fellow prisoners were released on September 9, 1944, shortly before the end of the war, Chiocchetti remained on the island to finish decorating the newly consecrated chapel.

After the war, the chapel became a popular visitors spot and a symbol of the world’s hope for peace. When the chapel began deteriorating, a Chapel Preservation Committee traced Chiocchetti to his hometown and asked him to return to Orkney for three weeks in 1960 to help in restoration of the paintwork.

In 1964, Chiochetti returned again with his wife Maria and brought 14 lovely carvings of the Stations of the Cross. Those carvings now hang on the walls of the Italian Chapel.

In 1992, eight former POWS returned to the chapel for the 50th anniversary of their arrival on Orkney. Chiocchetti was too ill to return. He died in 1999 at age 89 in his hometown of Moena.

Pausing to say a prayer at the altar, William Thompson of California said the small makeshift chapel seems filled with the Holy Spirit.

“To think that this was created by prisoners during a terrible war time is a miracle,” he said. “Instead of resorting to hatred and violence, these POWs created beauty and hope. The world today could learn from them.” 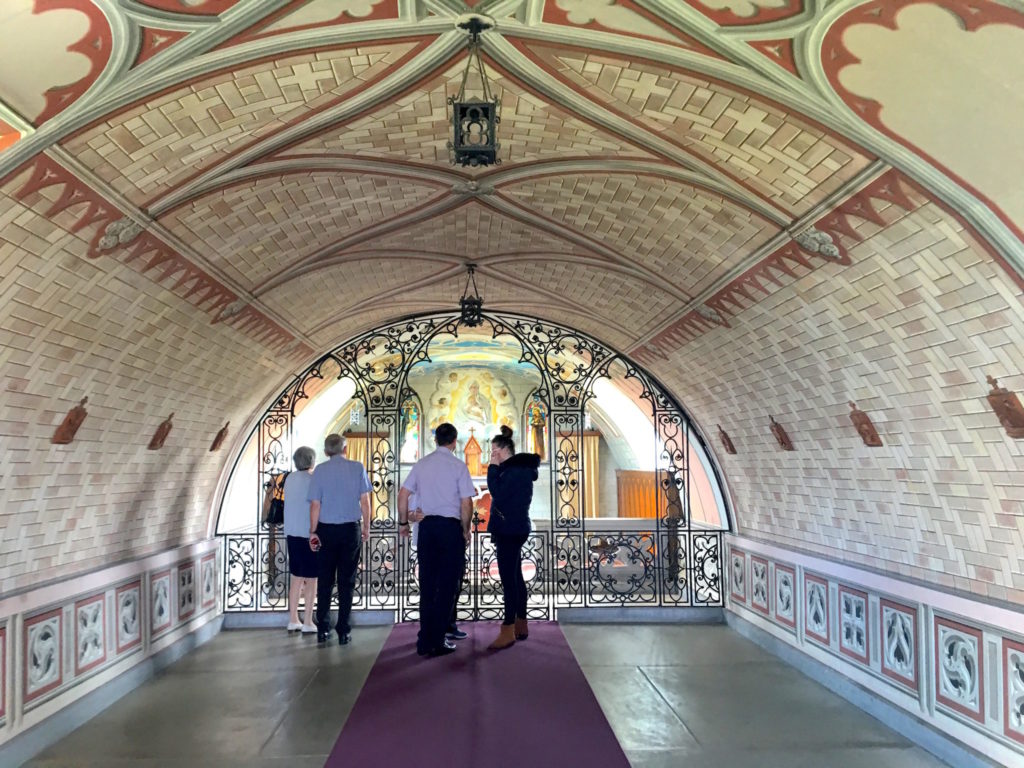 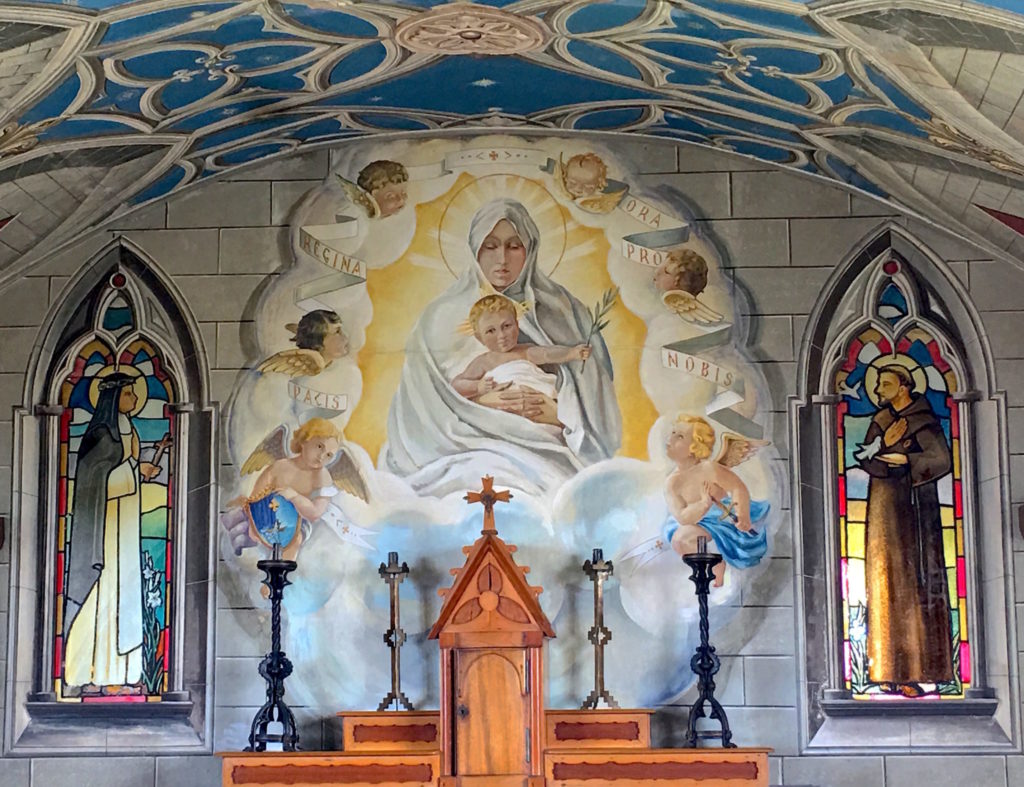 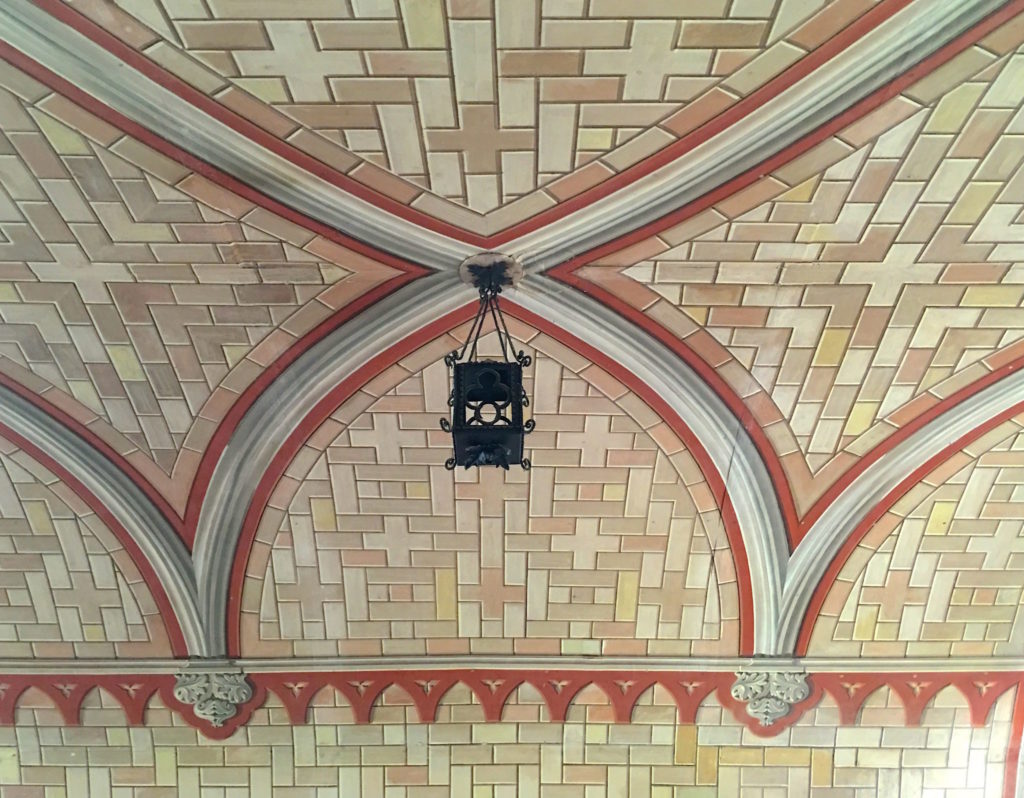 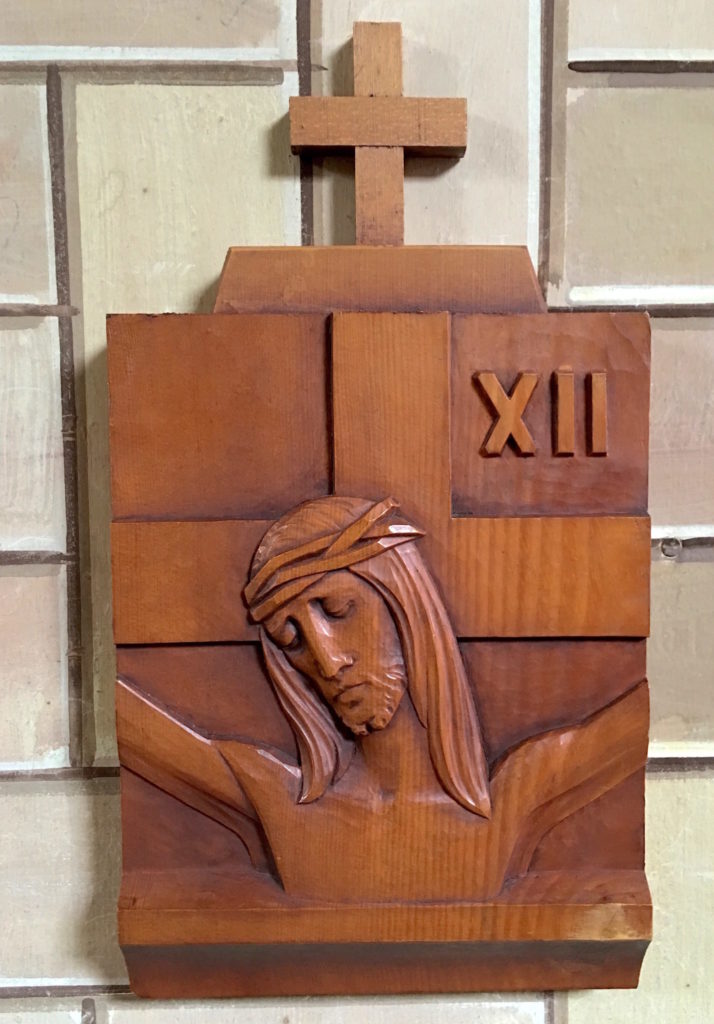 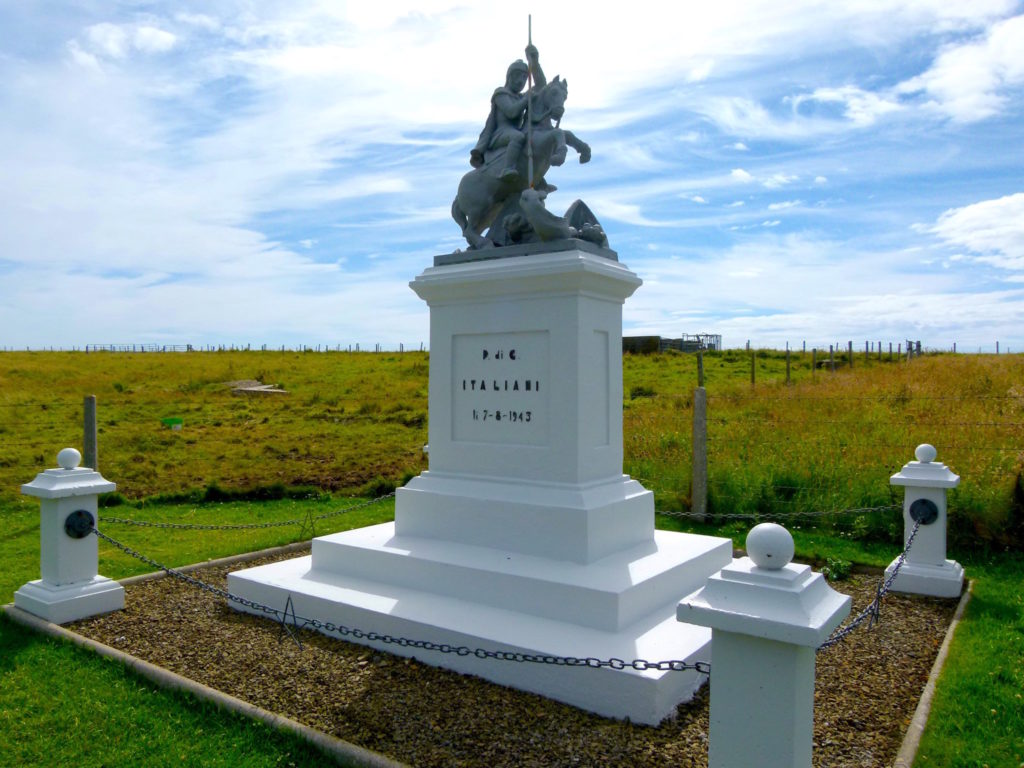