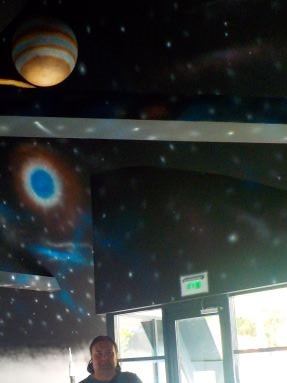 Last year the city of Brașov has added another wonder to an already impressive list of sites which turn it into one of Romania’s most attractive cities: a planetarium built within the space of the local zoo which is said to be one of the most modern of its kind in Europe, therefore I was quite excited to see it for the first time as I was hoping it would offer me an unforgettable experience. 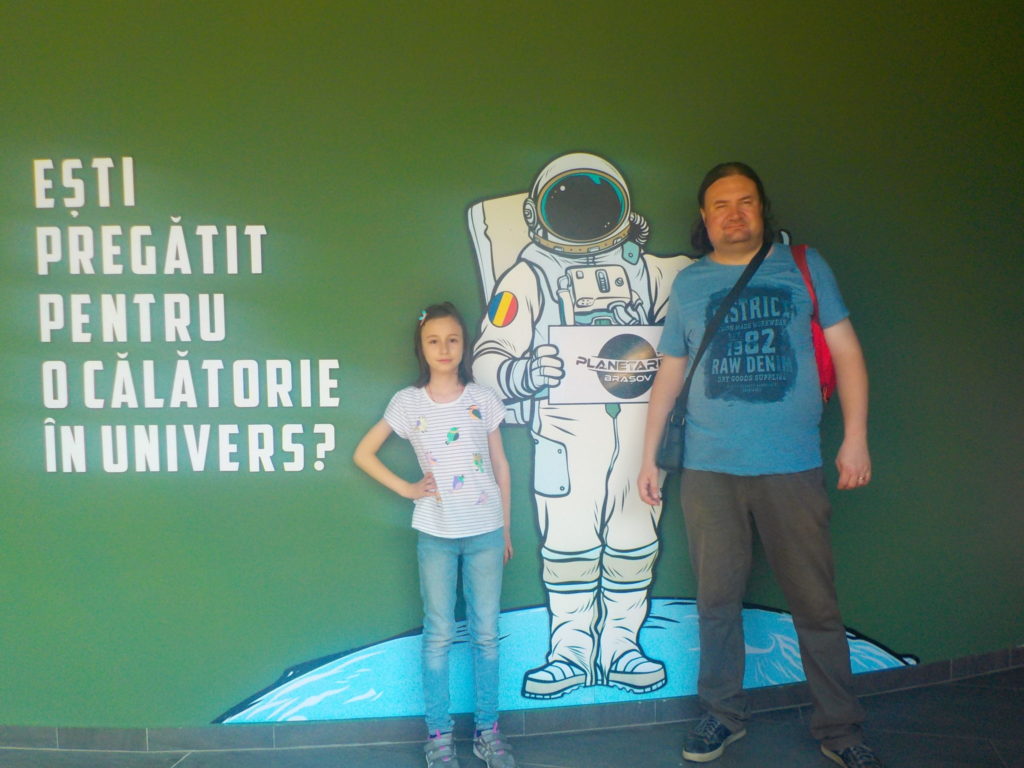 After buying our tickets for 25 lei(approximately 5 Euros) for adults and15 lei(about 3 Euros) for children we stepped inside a spectacular hall built like an amphitheater with an incline of 23.5 degrees and a screen shaped like a dome on which two massive 4K projectors work simultaneously, but since it was not allowed to take any photos I didn’t do it, I just sat down comfortably in my seat on my back and literally looked up at the dome-shaped screen, waiting for the stellar show to begin. 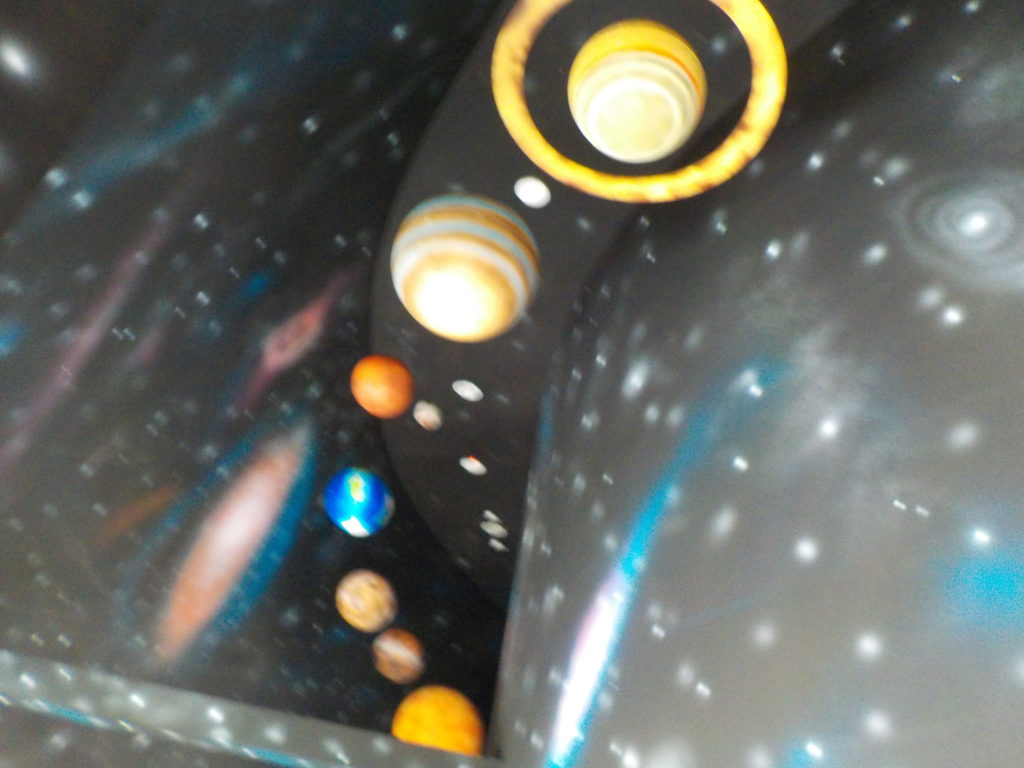 For the next 30 minutes, I was indeed transported beyond our terrestrial limits while watching a documentary about the creation and the functioning of the universe while exploring first our solar system and its components and then moving further towards extremely remote stars and galaxies which humans may never reach physically, but which can still be discovered and understood thanks to the outstanding tools which allow scientists to go further and further into the unknown. 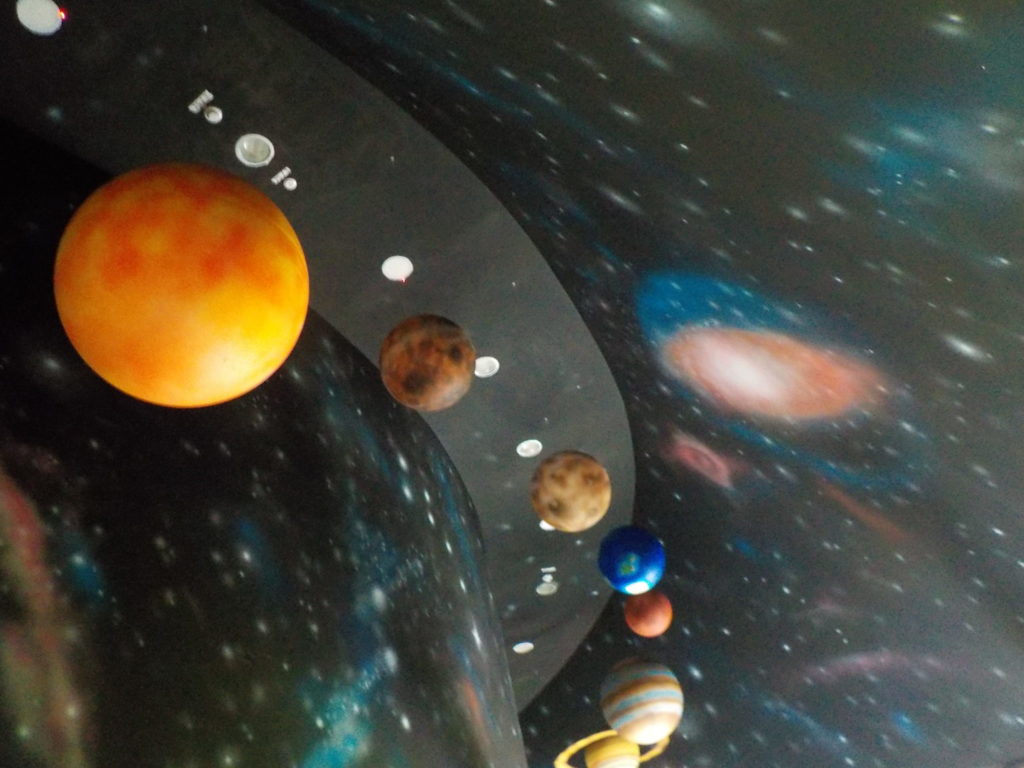 Obviously, since I had watched many films and documentaries about the universe before, the information about celestial bodies and their characteristics was not necessarily new to me, but seeing the sun, the planets, the moons, the asteroids and any other distant elements of the universe appear so large and so close to me was a truly unique experience. It was as if I were on a trip across the universe and each planet, each celestial object was a station at which my space shuttle stopped for a short while, allowing me to take a deep breath, admire its beauty and acquire more knowledge as I was soon ready to move on with my journey among the stars and towards more distant galaxies waiting for their secrets to be revealed. 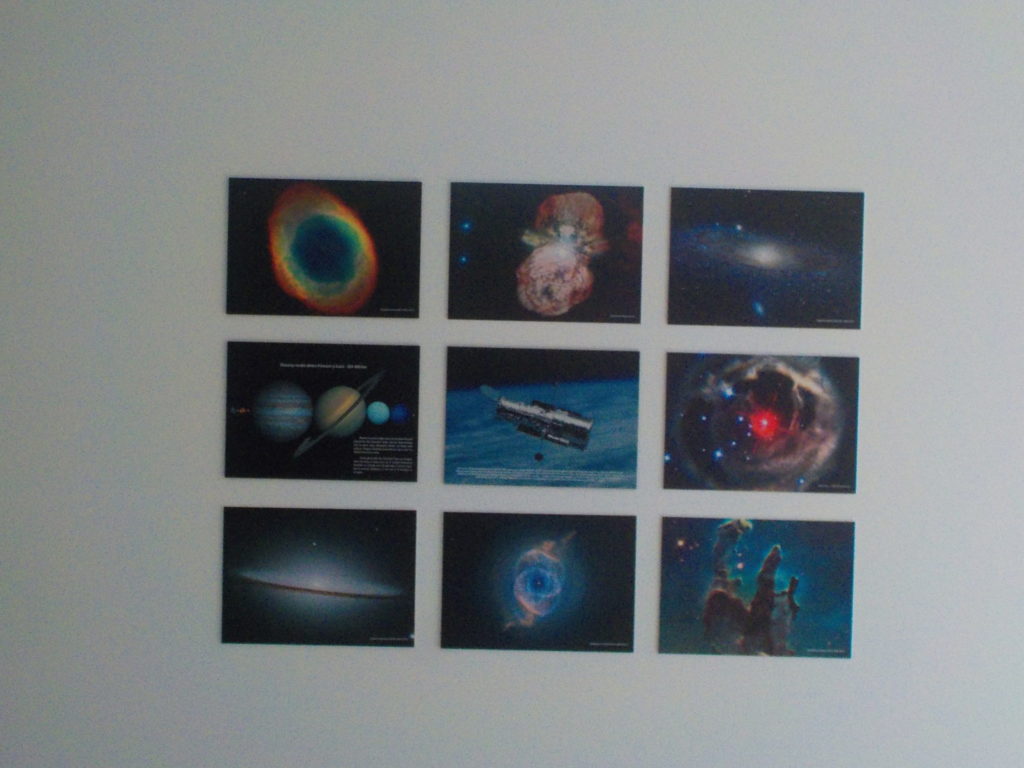 Unfortunately, 30 minutes pass extremely quickly when you truly enjoy the activity you’re involved in, so it was soon time for me to get back on Earth as the movie ended, but that half an hour I spent at the BrașovPlanetarium has certainly been an eye-opening experience as it reminded me that there’s still so much to discover not only in the universe but also on our planet and within ourselves. We may not be able to physically reach the stars yet, but there are no limits when it comes to satisfying our curiosity and desire to discover and understand more about the world we live in!

All the photos are mine.