Holkham Hall is an enormous “stately home” in north Norfolk, an eastern county of England. It is not far from another splendid country house, namely Houghton Hall, and they both date from the same time, namely the 1720s (although they took more than a decade to complete).

Houghton Hall was the country seat of the man dubbed Britain’s first Prime Minister, namely Sir Robert Walpole. It therefore had a political message to drive home by emphasizing the power and prestige of its owner. Holkham Hall, on the other hand, says much more about the artistic refinement and cultivated taste of its creator, who was Thomas Coke, a wealthy landowner and Member of Parliament who would later be created Earl of Leicester. 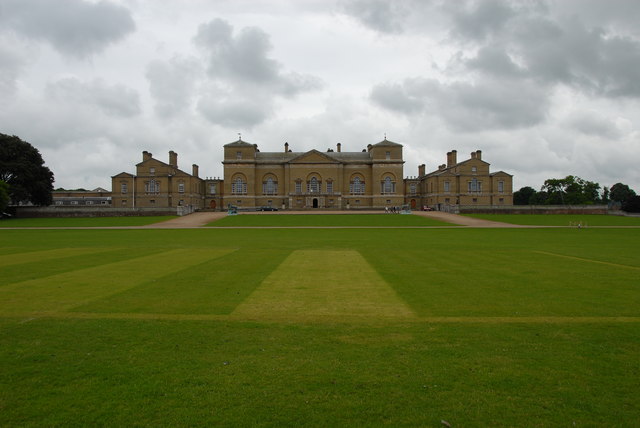 As a young man, Thomas Coke underwent the “Grand Tour” of Europe that was typical for many sons of the gentry. However, Coke took six years to complete his tour, returning to England in 1718. He had spent much of his time in Italy where he acquired many pieces of art and objets d`art and also gained a love of the Palladian architectural style. He therefore determined that he would create his own Italianate palace on his home estate.

Thomas Coke designed the house himself, but took advice from his friend William Kent, who had also been involved in the planning of Houghton Hall. Kent was particularly influential in the interior design of Holkham Hall.

The Hall consists of a massive central block with a classical pediment and a pair of end towers, and there are four smaller corner pavilions. The building, which is nearly 350 feet long, was built in a local yellow brick that was as close as Coke could get to Roman Renaissance brickwork.

Although the building’s exterior is somewhat austere, the interior is very different. The entrance hall, which was modelled on a Roman temple, reaches to the full height of the building and contains an impressive colonnade made from Derbyshire alabaster. The saloon has a gilded ceiling and red Genoa velvet on the walls. 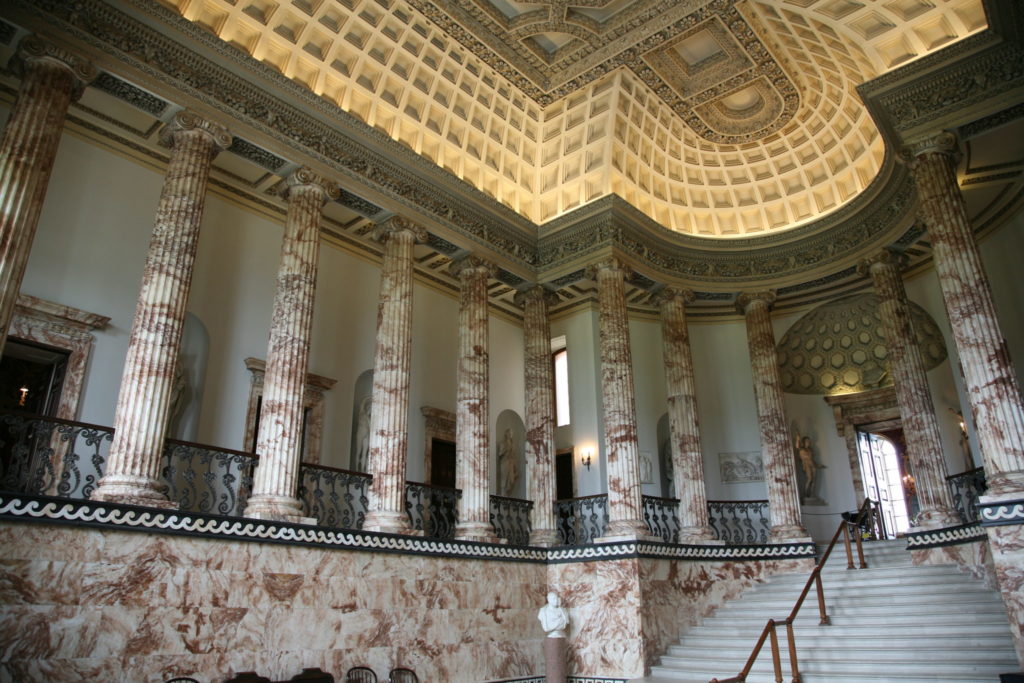 (Photo by Hans A Rosbach)

Thomas Coke’s collection of art and sculpture is impressively displayed in the staterooms and the Statue Gallery that contains the most complete collection of classical statuary in an English country house. The libraries contain books and paintings that were collected on the Grand Tour.

Thomas Coke’s project proved to be not only lengthy in its completion but extremely expensive. He died in 1759, three years before the work was finished, and in debt to the tune of £90,000, which was an enormous sum at that time.

Holkham Hall, which stands in an estate of 3,000 acres, is owned privately but can be visited from Spring to Autumn on certain days of the week. The visitor will be well rewarded by what he or she sees.