The southern coast of Cornwall has several river valleys that form wide estuaries as they meet the sea and offer a softer landscape than that of the rocky headlands of the far west and north Cornish coast. One of these estuaries is at Fowey, a few miles east of St Austell.

A relic of the Ice Age

The river valleys of Cornwall turned into tidal estuaries when sea levels rose after the end of the last Ice Age; the technical term for such a feature is “ria”. These have created deep water anchorages at the river mouths and stretches of water that are navigable much further inland than would otherwise have been the case. 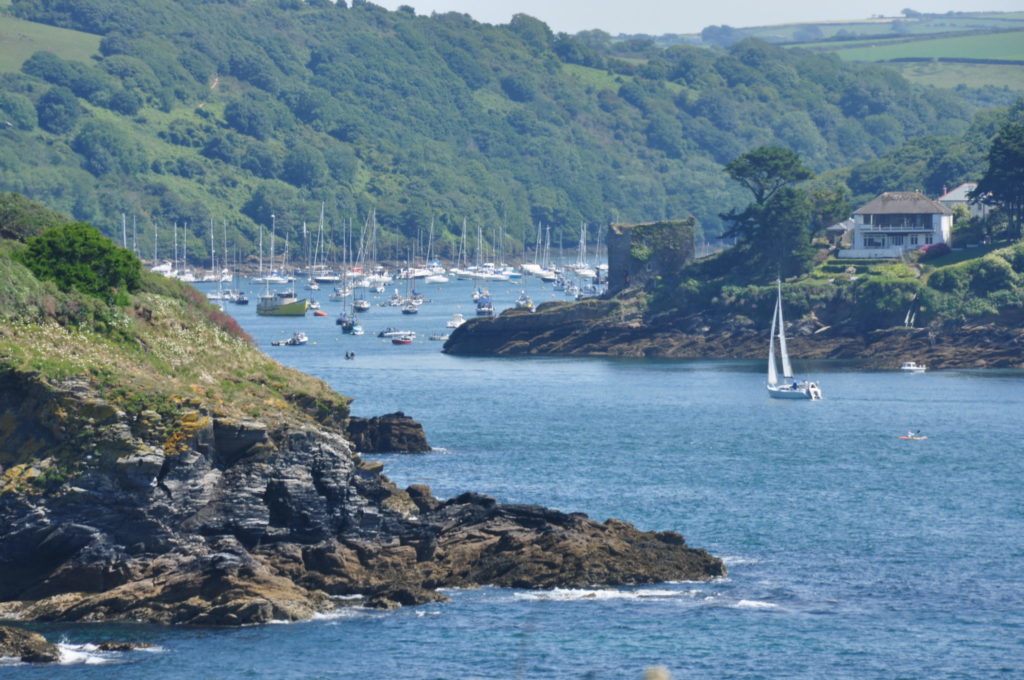 The enlarged valley of the River Fowey (pronounced “Foy”) has been used commercially since Roman times, when tin mining was carried out further inland. The trade in later centuries was in china clay, large quantities of which are still extracted from the quarries near St Austell.

The port of Fowey was also important in past centuries as a military base. In 1346 the town supplied 700 men and 47 vessels for the siege of Calais, as against only 25 ships that sailed from London. In later years the seamen of Fowey turned their hand to piracy. 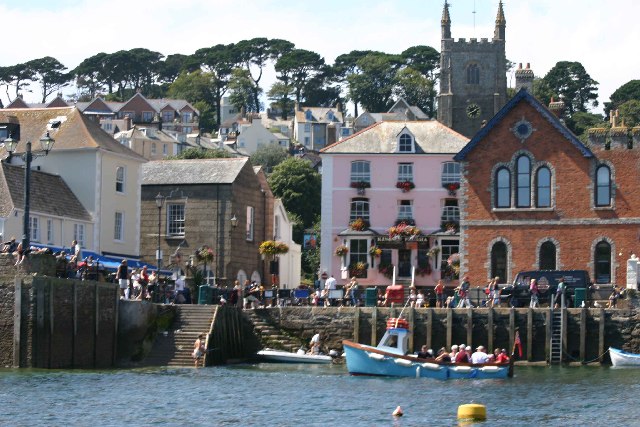 The houses and other buildings of Fowey crowd closely together around a jumble of narrow streets (including a “Trafalgar Square”). The waterfront, with its tall buildings, is best seen from the other side of the harbour and makes a very attractive sight at night when lit up. 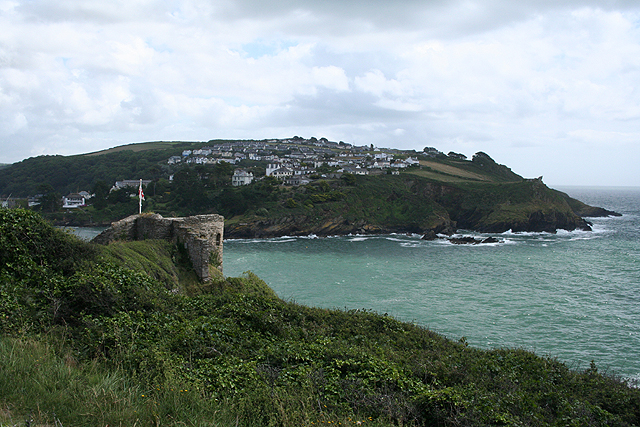 Just south of the town is St Catherine’s Castle on a rocky promontory above the sea. This was built on the orders of King Henry VIII as one of the chain of castles intended to defend ports all along the English south coast at a time of threat from France. It was a small artillery fort that was never as well developed as other Cornish defences such as St Mawes and Pendennis castles (although it was extended during the 19th century Crimean War), but a visit is worthwhile if only for the views to be had from its walls.

Getting away from the crowds

The small towns and villages that dot the Cornish coast are notable for being tourist traps in summer, and the town of Fowey, with its narrow streets, is not immune from the effect of its attractiveness. It is, however, less commercialised than some other places such as Polperro, which is eight miles to the east. It is therefore advisable to explore Fowey on foot, having left your car at the car park on the edge of town.

It is, however, perfectly possible to get away from the crowds if one is prepared to forget the car and walk along the river and cliff paths on either side of the harbour.

East of the river 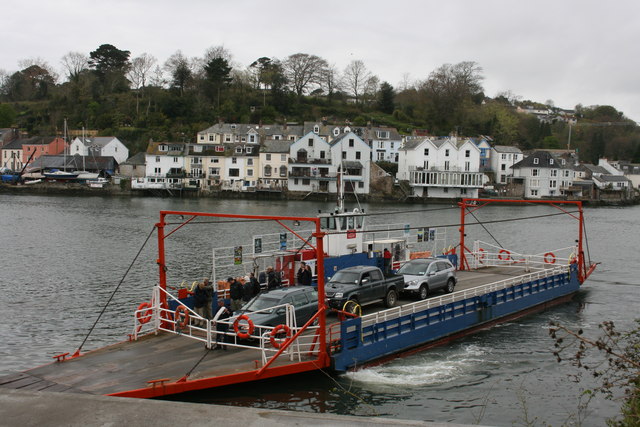 A popular walk is the four-mile “Hall Walk” that uses both ferries and skirts the Pont Pill tributary estuary of the Fowey River. There are excellent views of the harbour and only two steep climbs.

Other walks can take in part of the Southwest Coast Path along the cliff tops.

West of the river

You are bound to escape the crowds if you take a walk on the peninsula to the west of Fowey Harbour, because much of this area is not accessible by road.

Not far along the coast is the secluded small bay of Polridmouth (pronounced Pridmouth) which is half a mile from the nearest road. A dam across the small river that empties into the bay has created a freshwater ornamental lake. 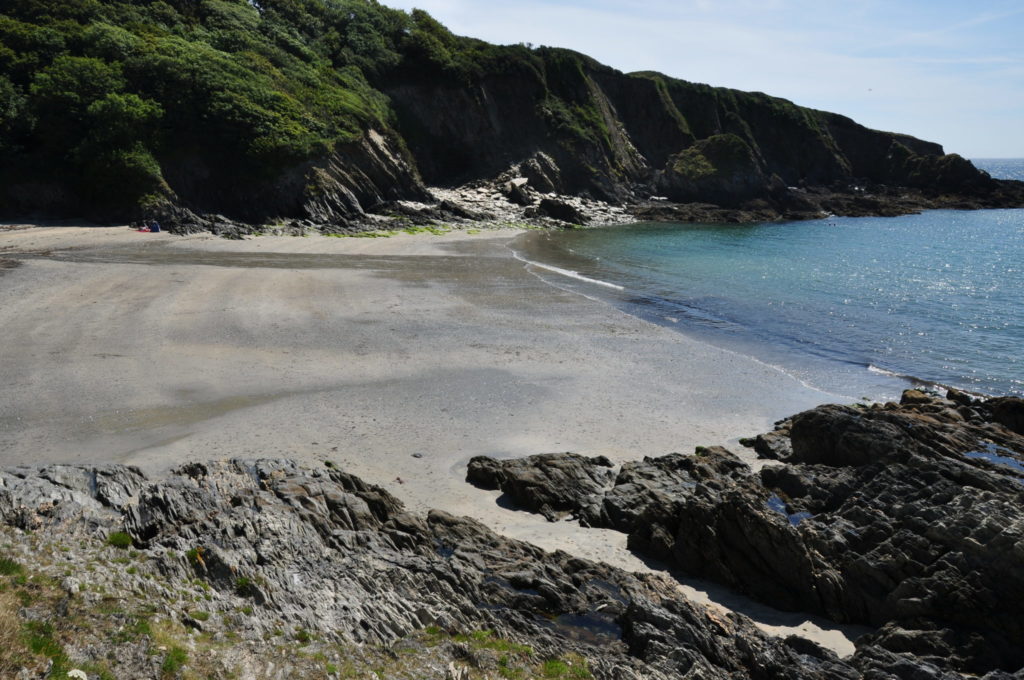 Another walk can take you to Gribbin Head, with its red and white “day mark” (a sort of unlit lighthouse) and the small harbour at Polkerris (which has a pub!). This walk affords magnificent views out to sea and along the Cornish coast to the west.

This is an area that is rich in plant, animal and bird life. Sea spurge and edible rock samphire grow along the shoreline, and the cliff tops abound with cornflowers, field pansies, speedwell and tormentil. The Pont Pill estuary is wooded, with oak, ash, chestnut, beech and sycamore being the prominent tree species.

Among the birds to be seen are kestrels, skylarks, meadow pipits, wheatears and stonechats.

Fowey was the home for many years of the writer Daphne du Maurier (1907-89). One of her homes, Menabilly, was the model for “Manderley” in her best-known novel “Rebecca”. It has been suggested that Pont Pill was the original “Frenchman’s Creek”, although it is generally believed that she had in mind the Helford River much further west.

Fowey hosts an annual Festival of Arts and Literature in her honour.

All-in-all, this is a very pleasant corner of Cornwall to visit, especially for people who like their towns picturesque and their countryside unspoilt and uncrowded.