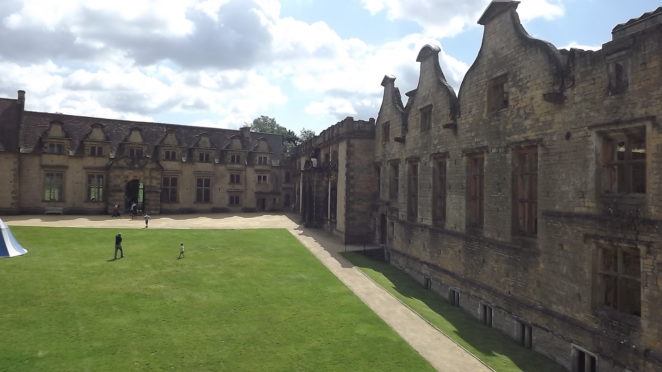 As you travel along the M1 motorway between Nottingham and Sheffield, near the exit for Chesterfield you can see Bolsover Castle standing guard on a high ridge of land a few miles to the east. If you can spare the time, a visit to the castle will be an enjoyable experience.

Although the castle owes its origins to a medieval foundation in the 11th century, what you can see today is almost entirely the work of members of the Cavendish family in the 17th century. The castle was built for pleasure, not defence, although it did suffer damage during the English Civil War. That said, the ruined nature of part of the castle is due to neglect and abandonment rather than enemy action.

The castle buildings follow the ground plan of the medieval original, with a ‘keep’, an inner court, an inner bailey and an outer bailey, but there is no sign of the original stonework. The buildings comprise three main elements, the Terrace Range and State Apartment, the Riding House and stable block, and the ‘Little Castle’ together with the attached wall-walk.

This was built between 1612 and 1617 by Charles Cavendish close to the site of the original castle keep. Indeed, it does look like a stone keep in the style that a Norman aristocrat would have built in order to dominate the local area and tell the peasants who was boss. 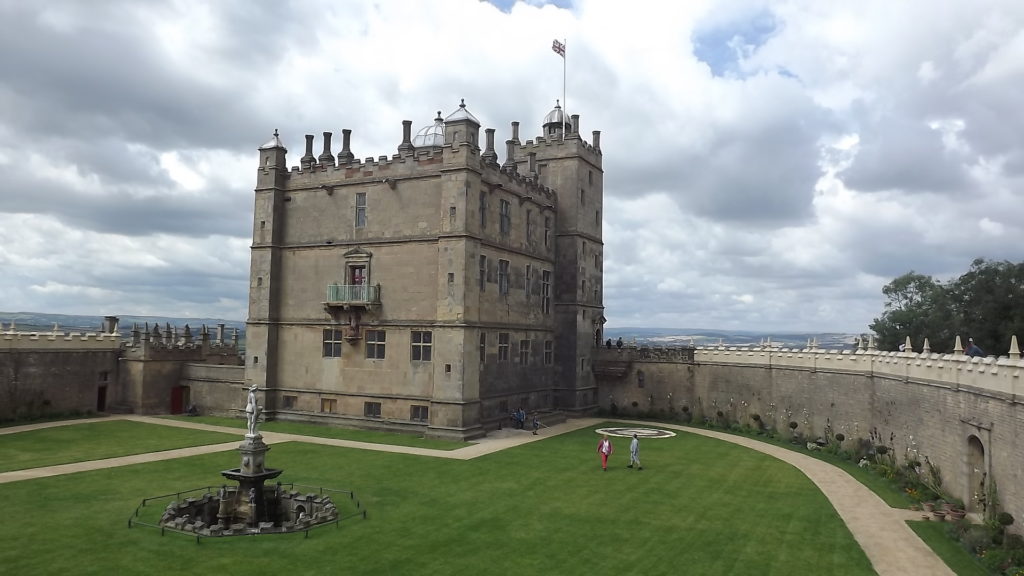 It is a fascinating building on four floors, with many rooms to explore. The plan of the castle is not easy to appreciate, with rooms leading off in all directions and narrow little stairways in unexpected places. None of the rooms are particularly large, in terms of what might be expected in a “stately home”, but they are decorated in varied and interesting ways, including wall paneling, ceilings painted with biblical and mythological scenes, and tapestries. The restoration of the building is partial, in that some rooms are presented as they would probably have appeared originally and others have been left bare. 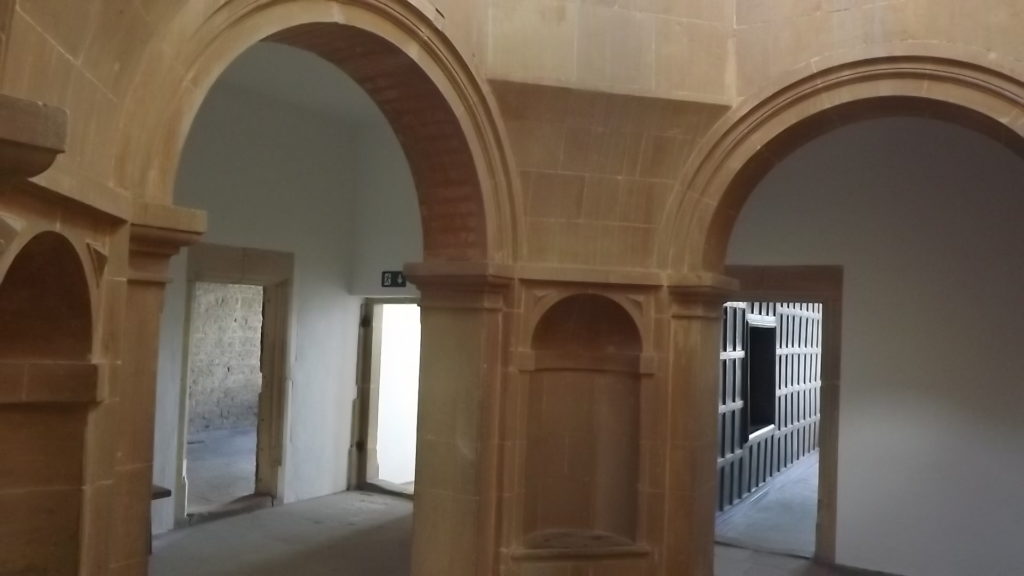 The Terrace Range and State Apartment

This row of buildings was first built in the 1620s and 1630s and was the living quarters of the second generation of the Cavendish family who clearly wanted far more opulence than could be provided in the Little Castle. King Charles I and Queen Henrietta Maria were entertained here in 1634.

However, during the Commonwealth period of the 1650s, when the owner William Cavendish was living in exile abroad, the buildings were plundered for their roofing materials and stonework and had to be partially rebuilt after the Restoration of King Charles II in 1660. Many changes were made at this stage to the original design. 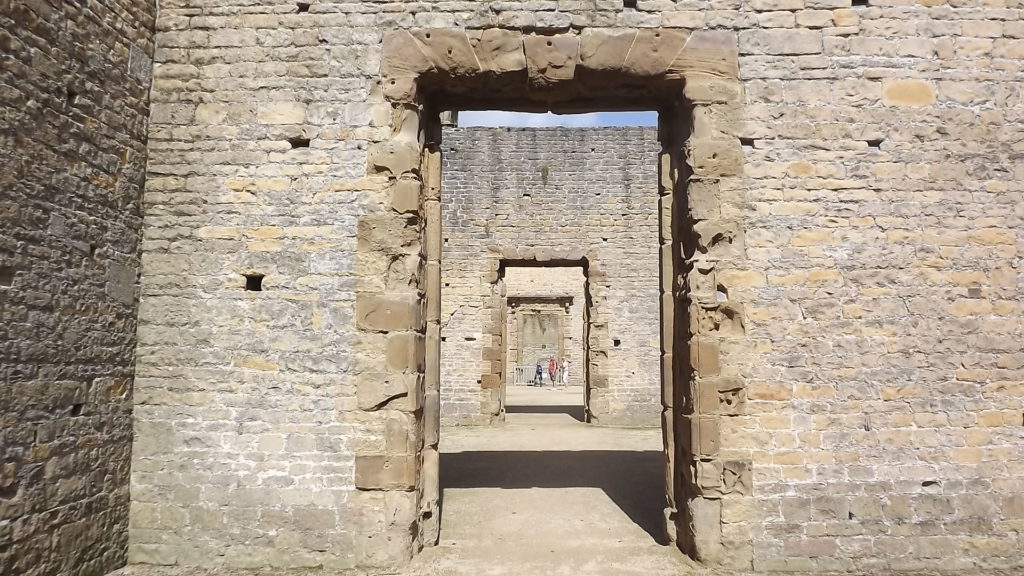 The restored buildings were later abandoned for more peaceful reasons and, from the 1770s onwards, were roofless ruins. Today you can see the inside of the shell of the building which stretches to four floors in height and would have contained some magnificent rooms that were far larger than any in the Little Castle.

What you can also see, from the terrace on the outer side of the range, is a magnificent view over the vale that lies below the castle. The view takes in a wide panorama of this part of Derbyshire and includes Hardwick Hall, which was another property held by the Cavendish family. 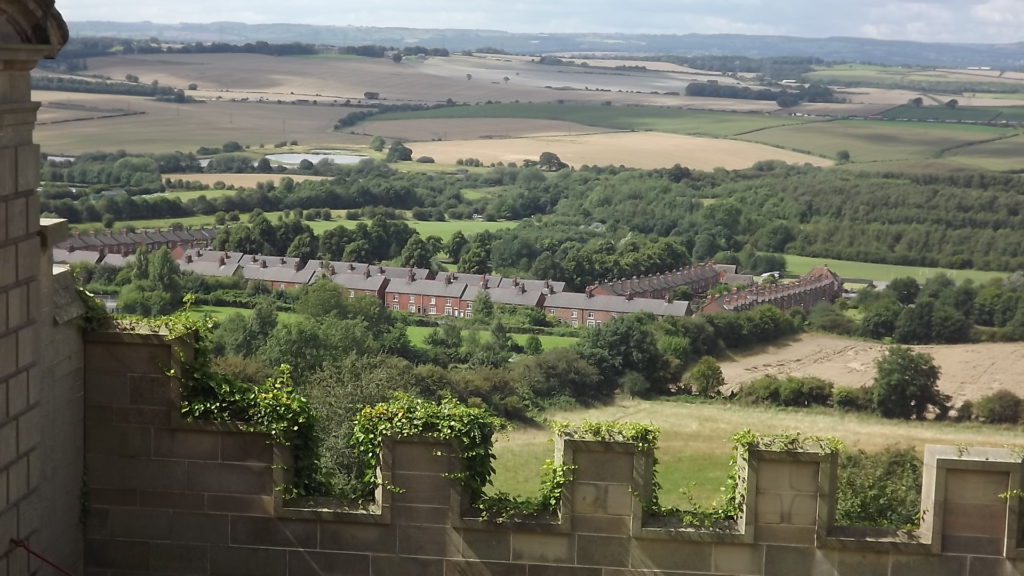 This row of buildings dates from the 1660s. It fell into disrepair in the early 19th century but was completely restored in the 20th century and now represents a rare example of a 17th century riding establishment, perfect in nearly every detail.

William Cavendish was an expert in the art of “manège”, by which is meant training horses to perform specific movements to spoken commands. It is closely related to the more familiar “dressage” that is commonly practised today. Cavendish wrote a book about manège in 1658 and had the Riding House Range built at Bolsover so that he could teach the art to others. 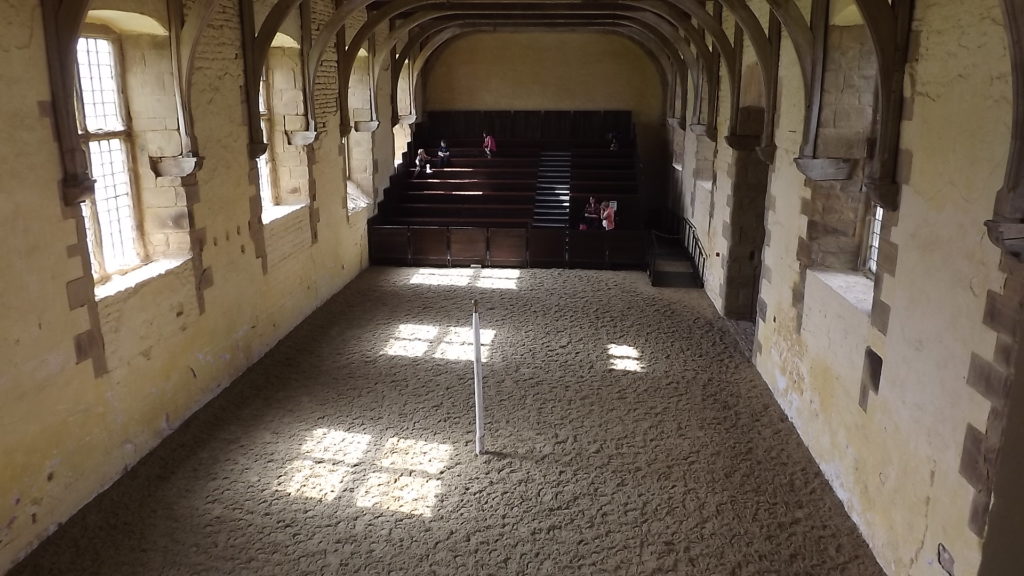 The range comprises a stable building in which up to 15 horses could be housed, a smithy and shoeing house, and the riding arena itself with a viewing gallery at one end. The arena is still used today for demonstration events.

The inner court of the Little Castle is surrounded by a broad elevated wall-walk with a battlemented balustrade along both sides. A great deal of work has been done in recent years to restore this, with the result that the fresh stonework is as “clean” as all the fabric of the castle would have looked when first built. No doubt this will weather to a darker tone as time passes. 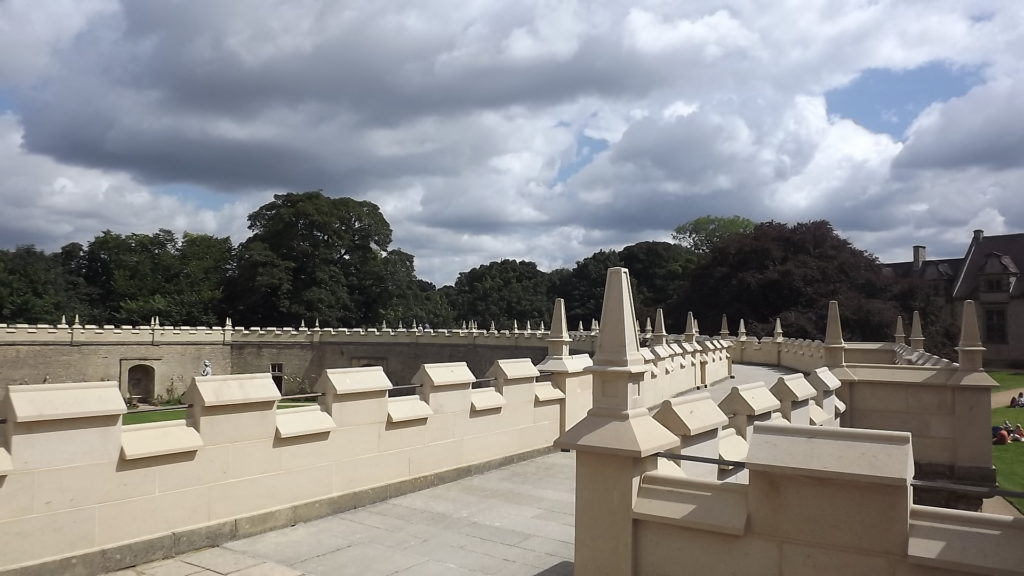 In the centre of the garden is a fountain that represents Venus emerging from the waves. It has been restored to full working order, including the “putti” or small boys from whom water spouts from interesting places – in the style of the “Manneken Pis” at Brussels! 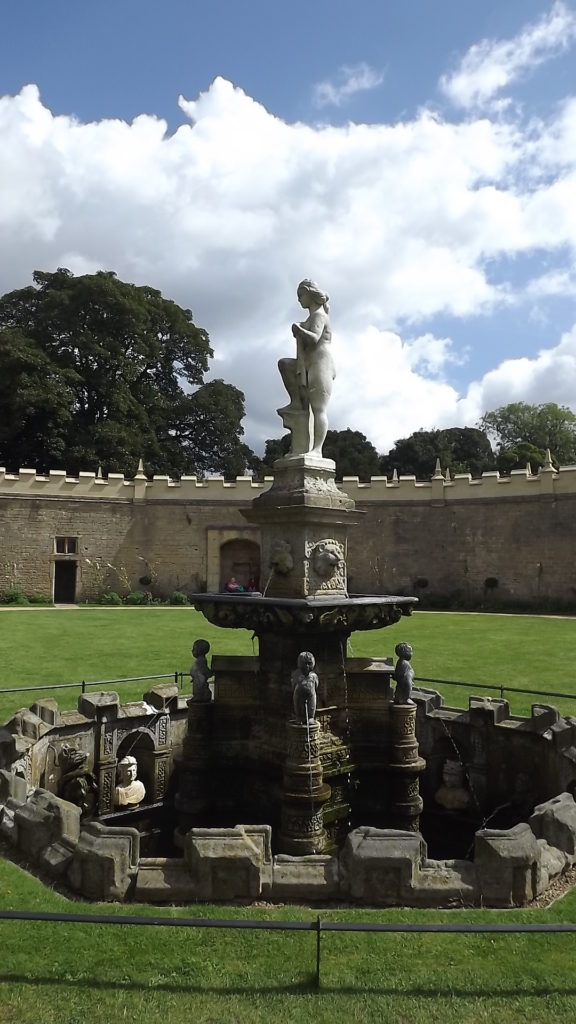 Bolsover Castle is in the care of English Heritage.

(All the photos in this article were taken by me)