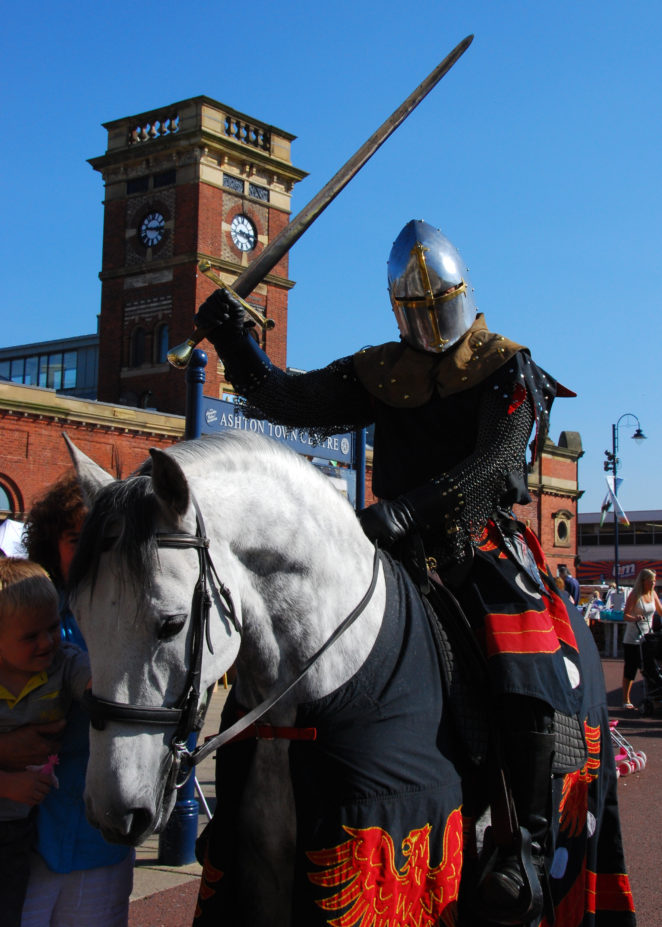 England’s towns and villages are renowned for preserving ancient customs and festivities that once had considerable significance but are now carried on just for a bit of fun. One of these is the Black Knight Pageant at Ashton-under-Lyne, which is a medieval town that became part of the Manchester conurbation when the latter expanded during the Industrial Revolution.

The legend concerns the wicked Sir Ralph Assheton who, during the 15th century, would ride round the town in his black armour on a black horse to torment the local people.

It was, however, only during the mid 18th century that the death of Sir Ralph began to be commemorated, with an effigy of the black knight being paraded round the town and either hanged, burned or shot at.

The custom became forgotten during Victorian times but has been revived in more recent years. However, it is now a much more peaceful affair with an actor making the ride and suffering no ill-effects. It is an excuse for a celebration and the raising of funds for local charities.