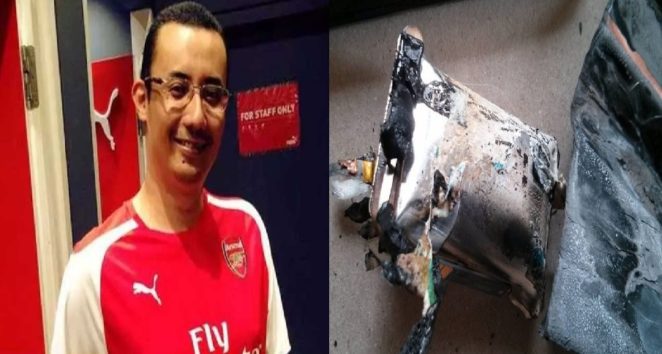 Kuala Lumpur: In Malaysia The smartphone exploded during the charging, in a result, the official executive chief of the company (CEO) died.

Another sad event of killing of smartphones has appeared. A person died due to a smartphone exploding during charging in Malaysia. The person was identified as 45-year-old Nazir Hassan. He was the CEO of Credal Company working under ministry of chamber and commerce.

Nazir had two mobile phones, one of whom was Blackberry and the second one Huawei. However, it did not come to know which of the company’s phone had  this accident, because at the time of the incident both the phones were on charging. The initial investigation showed that a phone was exploded from which the carpet caught the fire and quickly wrapped the entire room, and Nazir could not even get the opportunity to save his life burn alive.

On other side Nazir Relative said, death did not happened due to fire but  he explosion of the smartphone’s metal-piece was caught in the back of the nervous head, due to which his death had occurred before the fire took place.

The incident post martum report has also appeared, according to which Nazir was near the mobile phone while charging, the phone exploded from which the nerves were injured. The deceased left widows and three children.