The French construction company has made such a rocket robot, which use 3-D printing, and complete house can be prepared for only five people in just 54 hours.

Robot has developed a 1022 square-foot house, as a practical demonstration of the technology, The preparation of which takes two days or six hours. However experts are trying to reduce the time at just 33 hours.

The Beti Print company has made this 3- D printing robot which builds a very effective and strong home in 20% less than normal homes. The company has demonstrated its robot by preparing a house at Nantis, France, France on test basis. This is the first ever 3-D house in which people will live permanently. 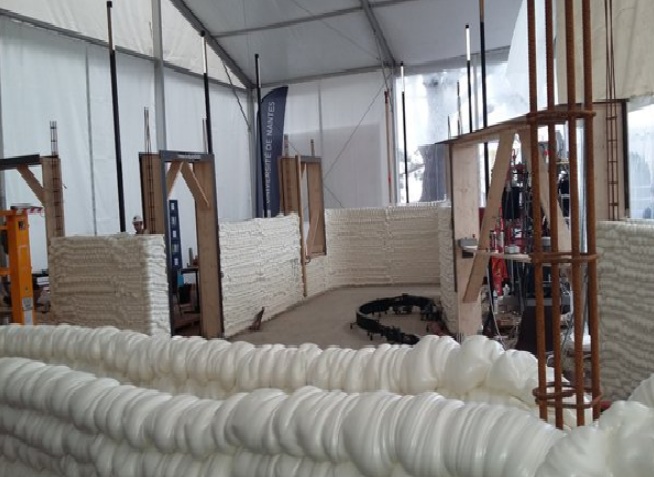 In this process, a robot surrounds the wall from the surface of the earth, Robots make polyurethane two and a layer of concrete without any intervention. When the house is done, five rooms including bathrooms can be set up . The outer walls of the house will also look elegant. 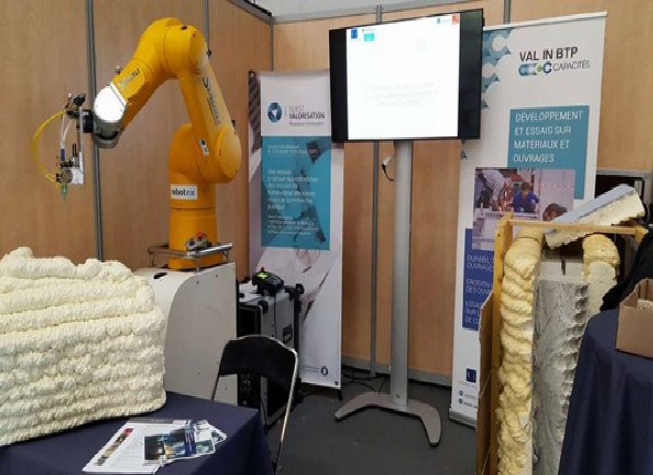 Polyurethane discharge from the nozzle of machine like shaving cream, which spreads and become like concrete. The home is naturally hot and  cold due to this material according to the weather condition , and external heat can prevent cold. According to the software direction, laser works in the direction of radicalization.

Beti print believes that this technology will be a new revolutionary process by making easy and less cost-effective construction of houses.