Beijing: In the era of Internet and WiFi, there are some countries in the world, where there is digital darkness and there are no facilities available of internet, In this context, China’s famous company has announced an important project for free internet access to the whole world.

The Chinese company Link Sure Work has said, that company will send 272 satellite to orbit in 2026, which will provide free WiFi cover the entire world and the first satellite Chevronet link will be released next year. In 2020, more than 10 and 2026, 272 satellite space will start working.

The company’s aim is that it will ensure an internet connection to a satellite to another satellite, which experiment has been done through Space X Rocket, as soon as satellite sign is displayed on your phone, think that you’re online.

Link Sure Company has already earned a reputation by presenting the WiFi Master app, Now with the help of the Chinese Academy of Space, company is working on satellite systems. 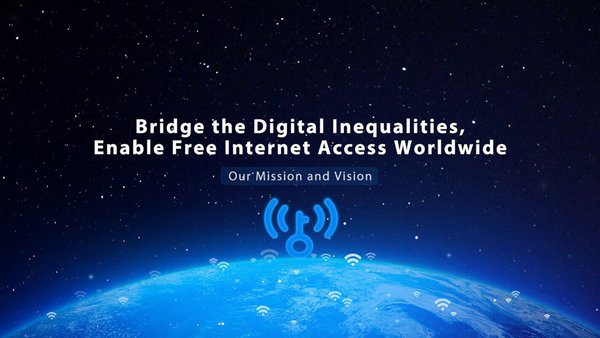 Presently, four billion people in the world are missing internet access, Some organizations have counted the Internet in basic human rights and emphasizing reducing the difference between digital facilities in the world.

Although it’s a billions of dollars plan, the company’s goal is, that affiliates companies and applications developing companies will invest in it. Advertisements for free internet will be seen and all costs will be made from its earnings. However, the initial estimate of the project is $ 43 million.

Previously Google Project Lon launched a plan to send WiFi signals to developing countries via hot balloons. who could not move forward, but after the link-sure, the hope that the world’s large population will be connected to the Internet.