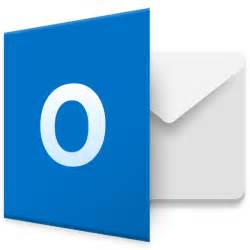 There are iconic applications and programs that have shaped the past few years. If we consider a simple progression of email, there has been a lot of change over the past twenty years. In the early 1990’s I used to be the email administrator for a midwestern IT company. I ran an MSMail system, a soft switch box, and a Lotus Notes infrastructure. We later brought on a Lotus Notes Administrator to reduce the load and moved from MSMail to Microsoft Exchange.

I became interested in the reality of email systems, and for the next 10-12 years, I helped some customer’s move off of Lotus Notes (Later Lotus Domino) to the Microsoft email stack. With a partner, we migrated lots of Lotus Notes (and later Domino seats) to Microsoft Exchange in Chicago. If you think about the economic impact of such migrations, it was significant for both IBM (who had purchased Lotus) and for Microsoft. Microsoft suddenly had long term, ongoing revenue. Ongoing, long term revenue.

The rise of cloud changes everything, but Microsoft got ahead of that problem early on. BPOS became Office 365 and gave both a direction and a path for customer’s with on premise email systems can easily move to the cloud. Just the transition within the email and only from one perspective. There are many other rationales as well as impacts that happened with the progression of email. Moving away from the X.400 protocol to SMTP as the messaging standard was huge.

I can make the same journey for many other technologies. In fact, as a long time Dragon Naturally Speaking user, you can do the same for voice recognition. Optical Character Recognition (or OCR as it is called) has improved so much that you can do OCR between languages now, as well as directly on your cellular phone. You no longer need a scanner and a computer to convert text to digital. The amount of change generated by technology over the past 20 years is amazing. It continues to be an amazing journey!