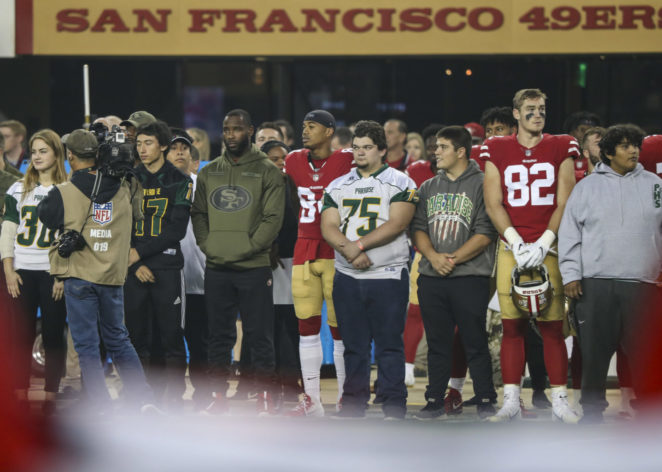 In my humble opinion the National Football League (NFL) is taking the right step with assisting the less fortunate in aiding them to get back on their feet after a natural disaster.

The Paradise High School football which is located in Paradise California that was destroyed by the Camp Fire in North California that prematurely ended their regular season were invited by the organization of the San Francisco 49ers to be their special guest at the Monday Night Football game that was played at Levi’s Stadium in Santa Clara California. 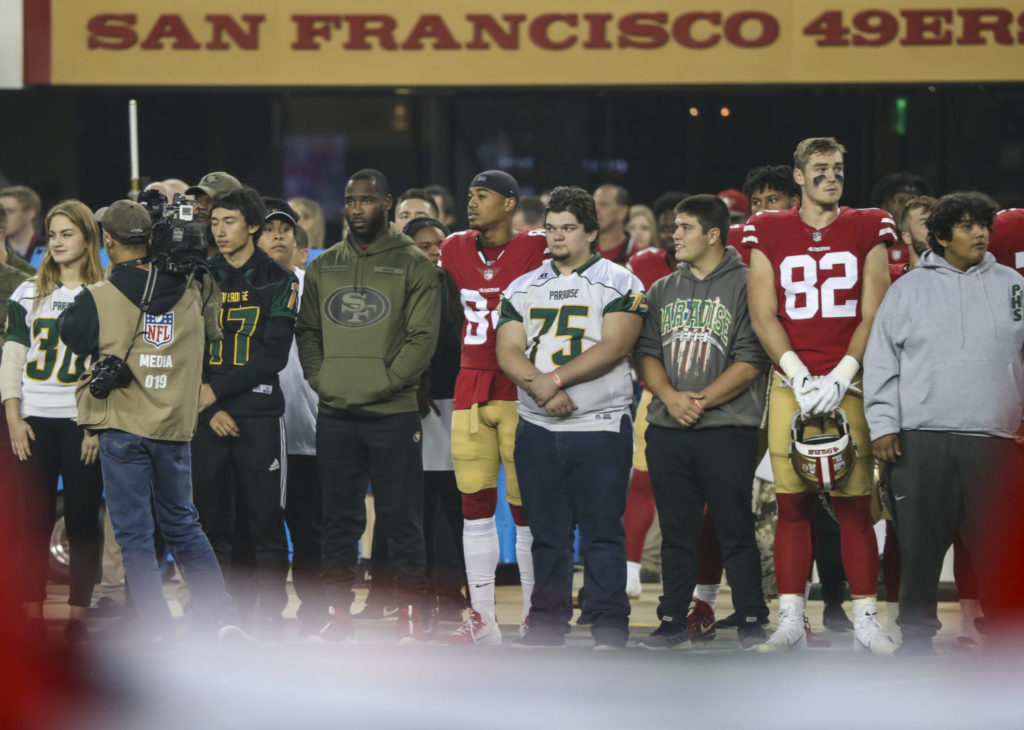 The Bobcats which is the nickname of the Paradise High School football team were scheduled to take on the Red Bluff High School Spartans in a playoff game that was cancelled due to the natural disaster that has struck in the Golden State this month.The Bobcats football team met the general manager of the team John Lynch as well as the players of the 49ers before the game.

Before the game began, the Bobcats were able to have some practice time on the gridiron which must have excited the Bobcats football team to rub shoulders with their sports heroes.

Even though the 49ers lost the football game to the New York Giants in the closing moments of the game, the Bobcats football team had the time of their life forgetting the tragic events of the natural disaster that has leveled their town.

The families of the Bobcats are now living in evacuation camps at this time.

The 49ers organization should be given high praise for giving a high school football team who lost their home six days ago to a natural disaster that will take a lot of time to rebuild to be entertained for one day.