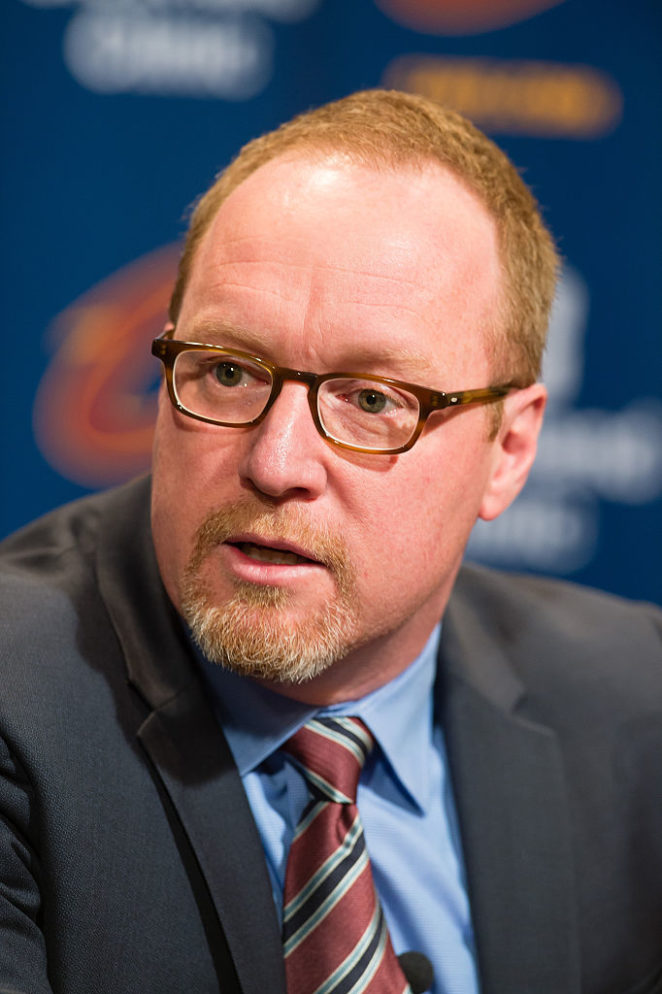 1
CLEVELAND, OH - FEBRUARY 18: General Manager David Griffin of the Cleveland Cavaliers talks during a press conference prior to the game against the Chicago Bulls at Quicken Loans Arena on February 18, 2016 in Cleveland, Ohio. NOTE TO USER: User expressly acknowledges and agrees that, by downloading and/or using this photograph, user is consenting to the terms and conditions of the Getty Images License Agreement. (Photo by Jason Miller/Getty Images)

Former Cleveland Cavaliers general manager David Griffin who was released by Cavaliers owner Dan Gilbert since they agreed to go their separate way at the end of the 2016-17 National Basketball Association (NBA) Finals losing to the Golden State Warriors in the 2017 NBA Finals is currently in negotiations to be the general manager of the New York Knicks basketball team.