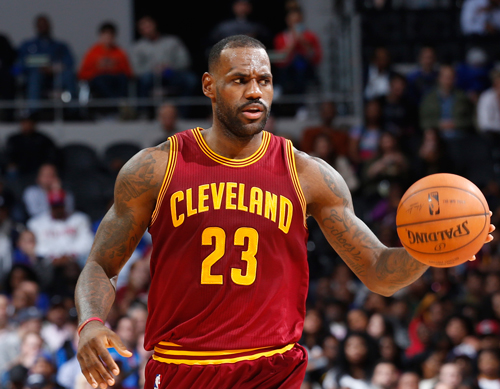 Cleveland Cavaliers forward LeBron “King” James has a good point that some basketball fans in the National Basketball Association (NBA) take their devotion to their favorite basketball players too far when a player leaves their hometown basketball team either as a free agent or by the trade route.

Case in point is the reaction that Boston Celtics fans have expressed their anger when Celtics point guard Isaiah Thomas was traded by the Celtics to the Cavaliers this week in exchange for Cavaliers point guard Kyrie Irving.

So what did the Celtics fans do when they learned that Thomas is now playing basketball for the Cavaliers? They burned his jersey since they do not realize that the NBA is a business first and players are not obligated to play their entire career with the team that they began their career like in the case of Isaiah Thomas who left the team by a trade to get Kyrie Irving in exchange.

I can simply say to basketball fans in the NBA that players may give you the words you want to hear by saying in interviews they want to stay with your hometown team for life, but the reality is that sometimes the pursuits of championship rings like in the case of James is one reason he might be leaving the Cavaliers at the end of the 2017-18 basketball season.

After all LeBron James want to live up to his “King James” image of wearing a lot of championship rings if the Cavaliers management cannot or will not give him a supporting cast to beat those pesky Golden State Warriors this upcoming basketball season.

Burning a jersey of your favorite basketball player will not change their mind to play to refuse to play basketball for their new team even if young boys and girls get on the internet and cry that their favorite sports star bids goodbye like the song title “Spanish Eyes.”