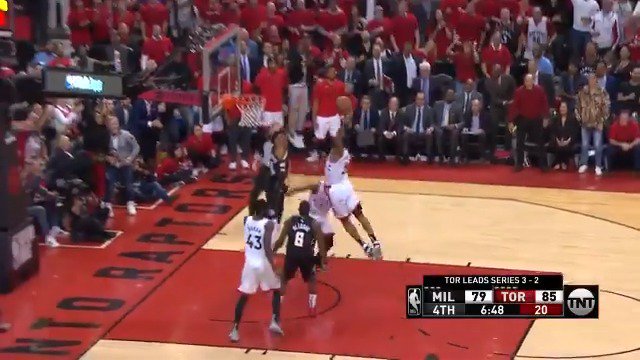 ?️ @kawhileonard's 27 PTS, 17 REB, 7 AST in the Game 6 win propel the @Raptors to their first ever #NBAFinals Presented by @YouTubeTV! #WeTheNorth #NBAPlayoffs pic.twitter.com/aR5QCWB37F

For the first time in NBA history, the Toronto Raptors will be going to the NBA Finals.  Toronto won Game 6 in Toronto against the Milwaukee Bucks to win the NBA Eastern Conference Finals with a 4-2 series victory.  Toronto will play the Golden State Warriors for the NBA Finals, which will start on Thursday.

Go to about 40 seconds on the video as Raptors Kawhi Leonard dunks on Giannis Antetokounmpo.  Usually, Giannis is the one dunking on somebody, but the tables were reversed in this series.