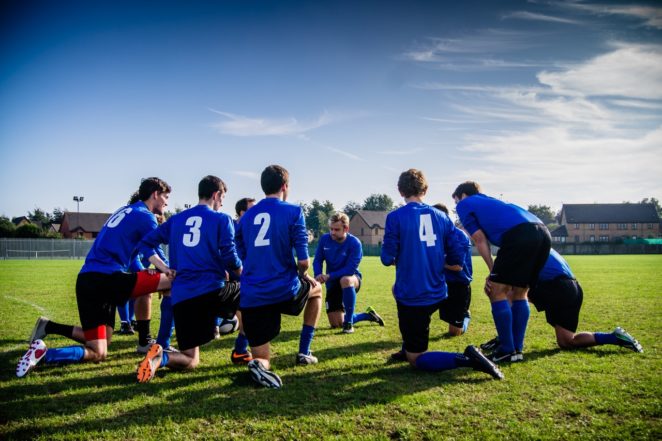 Die-hard sports fans exist everywhere, from the cult following of Tom Brady to the endlessly optimistic (and recently vindicated) Chicago Cubs fans. Of course, the common view of sports fans usually involves beer, bars, multiple TV’s tuned to different games, and the occasional passionate brawl with a fan of the opposing team. Many people choose to stay above the fray, claiming that sports aren’t really their thing. But whether you’re a season ticket holder or you hear who won the NBA finals at work the next morning, sports have a substantial impact on your life through your community.

National Championships have a marked effect on community economies. According to this study, cities who host NBA Finals experience a boost in their job markets and their GDP. The increase in tourism means higher demand for parking, restaurants, and shops, which leads to a need for more employees to handle the influx of foot traffic. This influx of tourists pouring into the city to watch the game, as well as the sale of merchandise, have been shown to provide a noticeable increase in the general health of the economy in their respective cities.

There have been many studies showing the overwhelming benefits of sports on student performance. The preliminary results of a nationwide study have shown that students who participate in sports are more likely to graduate high school, plan to attend college and they are less likely to express hostility towards their classmates. Of course, having a successful sports team inspires young children to get into sports early, leading to the development of lifelong habits.

Hand in hand with high ranking sports teams are charitable organizations. Most professional teams make a point of getting involved with local charities to help benefit their communities. Additionally, many professional and collegiate athletes go further than just donating money, they donate time through community services. In fact, the NCAA has a program devoted solely to community outreach by student-athletes.

While not every athlete can be classified as a positive role model, in general athletes represent people who have dedicated themselves to being great at something. Hard work and dedication are qualities that parents want their kids to learn and value, and professional athletes have these traits in spades.

Whether you spend the entire year looking forward to your Super Bowl party or you spend March Madness avoiding discussion of brackets and catching up on your favorite shows, you experience the effects of your sports teams’ performance in ways that have nothing to do with a win or a loss. Whether this inspires you to buy a jersey and paint your face in team colors, well, that’s up to you!