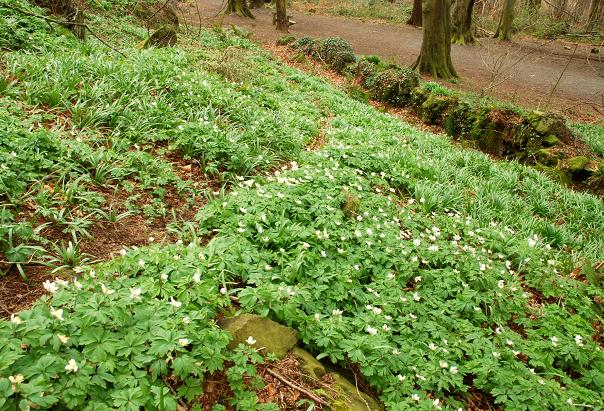 The wood anemone (Anemone nemorosa) is a familiar plant to anyone who walks though deciduous woods virtually anywhere in the British Isles. It provides a low carpet of green leaves up to 12 inches (30 centimetres) high, out of which spring stalks bearing white flowers (March to May).

The stalks bear a ring of three leaves about two-thirds of the way up, each leaf being split into three segments. The plant grows from an underground stem which throws up fresh stalks with leaves after the flowers have gone.

The flowers, which actually comprise sepals rather than petals, open fully in sunshine but close and droop in dull conditions or as evening approaches. The Roman naturalist Pliny the Elder believed that it was the wind that caused the flowers to open, and the name “windflower” has been given to the wood anemone as a result.

Another name for the wood anemone is “smell fox”, due to its scent which is nothing like as attractive as its appearance.

Although pheasants like to eat wood anemone flowers, the sap is bitter and poisonous.