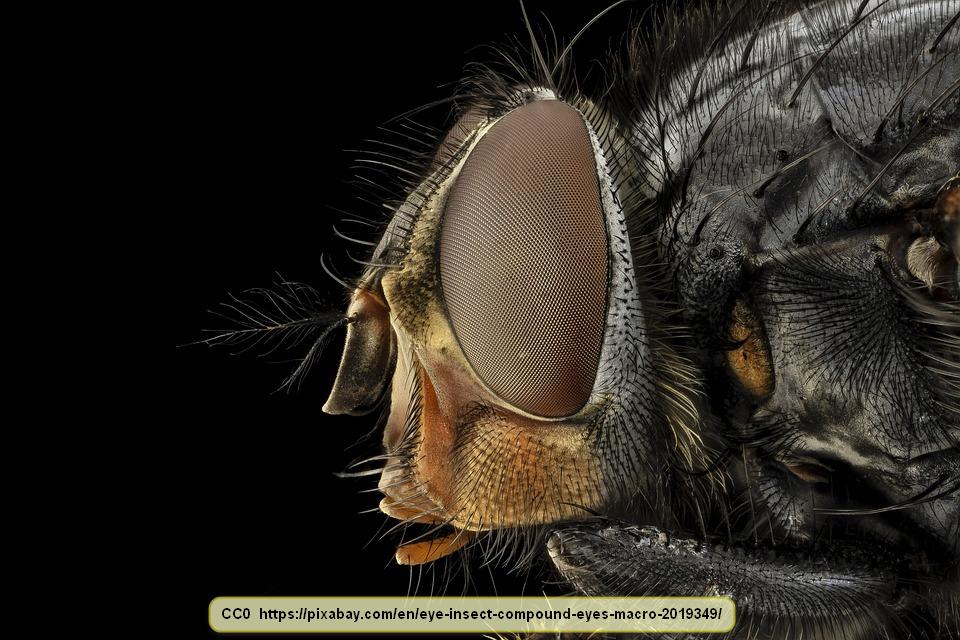 Naturally, it wouldn’t be true to say that all insects are faster than all people and it should be specified that we are talking about reaction times, not actual speed. Put in a clearer way, why can a fly most of the time fly away before you can hit it with your hand if it starts out stationary.

This was the general idea of a question I read elsewhere and it is fairly easy to explain.

Nerve impulses move from one nerve cell to the next, until they reach their destination. The speed of the transmission is enormous but it varies, depending on such things as the type of nerve cell, the kind of stimulus, and so forth.

To over-simplify it, let’s say that the average speed of transmission from your brain to your hand is moving at about 70 meters per second. (This isn’t far off.) This would mean that between the time your brain said, “swat” and your hand received the message, about 1/7th of a second would have passed, assuming that the distance from your brain and your hand is about a meter or a yard. Add a little time for the muscles of your hand and arm to respond to the command that the brain has given and about a quarter of a second has passed. That is pretty fast, huh?

Now, think about the fly. The distance from its rudimentary brain to its wings is on the order of around a millimeter. If its brain gives the command for the wings to beat, the command arrives a thousand times faster because of the much smaller distance. Beating the wings up and down is also much less complex than bringing your arm up, extending your hand, and bringing your hand back down. This means that it takes much less time for the muscles of the fly’s wing to respond to the command than it does for your hand and arm to do so.

As a result, the insect flies away in a tenth of a second or less. You not only miss, the fly is several meters away by the time your hand hits the surface that was formerly occupied by the fly. If you are like me, you end up feeling a bit foolish for smacking at a fly that isn’t even there.

It comes down to this; the insect isn’t any faster than you are, probably, but it is much smaller so it doesn’t take nearly as much time for the brain to get a nerve impulse to muscles, in order for actions to be initiated.