On Wednesday evening, the US Ninth District Appellate Court in San Francisco, CA banned the use of the pesticide dicamba immediately.  However, the US Secretary of Agriculture Sonny Perdue (not related to the family of Perdue Chicken farms) is making a request to the Environmental Protection Agency (EPA) to allow for farmers to utilize this pesticide for this summer.

There is actually a logical reason behind this plea.  Many farmers throughout the country have already planted dicamba-resistant seeds that can withstand the toxicity of pesticide.  If they are not allowed to use dicamba, then the farmers would have to experience losses from having dicamba that they could not use along with weeds and pests devouring their crops.  Many farmers would go bankrupt from this double whammy.

However, farmers would go bankrupt if they sprayed this chemical on their crops.  The problem with dicamba is that it has a very low vaporization point.  At about 80 degrees Fahrenheit (27 degerees Celsius), the pesticide vaporizes and drifts to adjacent fields that are not dicamba-resistant and kills all of the other people’s crops and fruits.  The lawsuits would eventually mount against farmers and the manufacturers of dicamba.

One of the companies that makes dicamba is Monsanto, the agricultural giant that is owned by Bayer.  On top of the thousands of RoundUp cases, they would also begin to face numerous dicamba cases.  Matter of fact, Bayer and Monsanto lost a landmark dicamba case against a farmer in Missouri to the tune of $265 million back in February of this year.

This stall tactic by Secretary of Agriculture Sonny Perdue is actually a loophole that could be used so that dicamba will never be banned.  Later on this year, the EPA will make a decision on whether or not Monsanto’s Xtendimax dicamba products can be sold to the general public within the USA in 2021.  This blatant display of disrespect for the law of the land proves that a former veterinarian should not have been appointed to head the US Department of Agriculture.

What does eliminating fleas from dogs have to do with growing crops?

If you click on his Wikipedia page, then you will find out something else that he tried to do that was pretty alarming while he was the governor of Georgia. 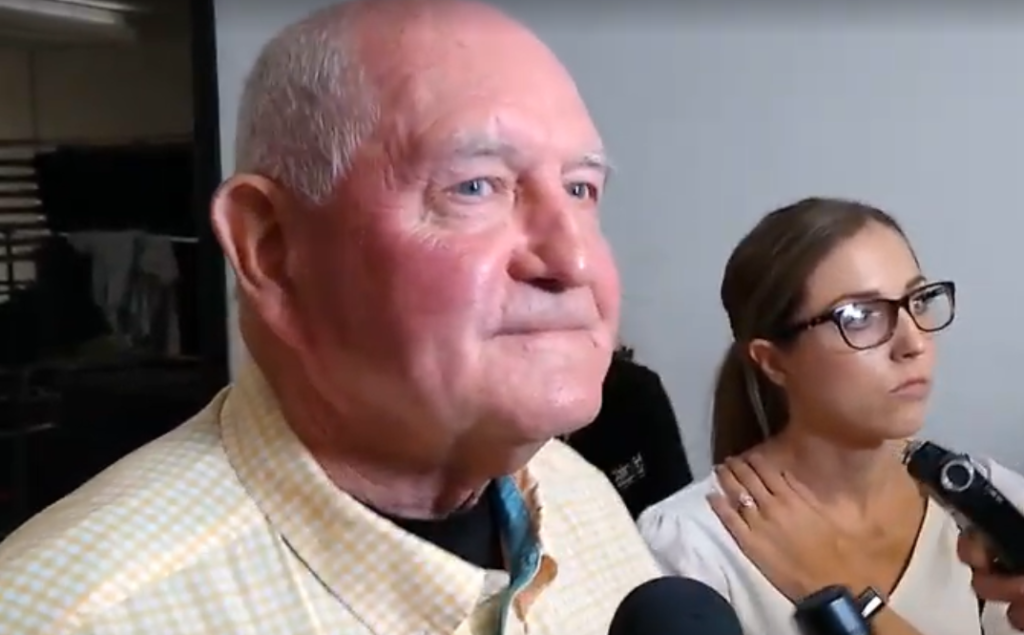 A picture of US Secretary of Agriculture Sonny Perdue