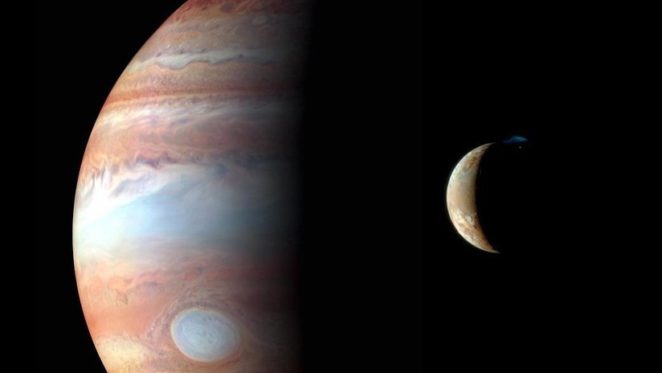 NASA published an image of unusual clouds of complex shapes in the temperate zone north of Jupiter.

The photo was taken with the help of the Juno probe on May 23, 2018. At that time, Juno was about 11,350 kilometers from the upper layers of the planet’s clouds, above a northern latitude of approximately 49 degrees.

The fascinating image was created because the bright white clouds are above other cloudy layers, casting shadows on them. Scientists emphasize that they use shadows to determine the distances between the layers of clouds in Jupiter’s atmosphere, as well as their composition and origin.

The scientists created this image using data from the JunoCam camera of the space probe.