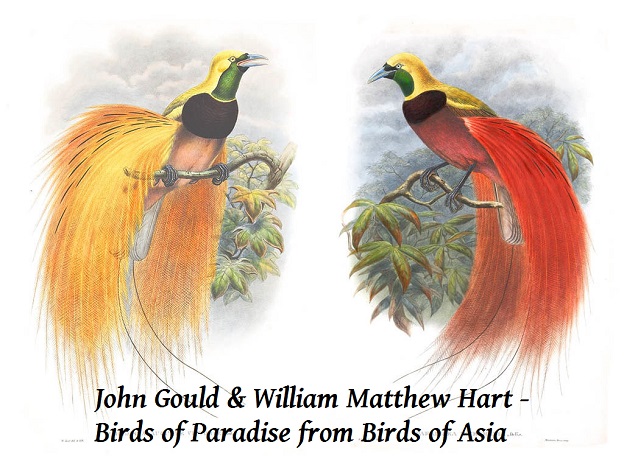 The National Geographic Society was established in 1888 and its base of operations is in our nation’s capital, Washington, D.C.  It is one of the largest scientific and educational organizations of its kind and it is highly respected.

My childhood memories of NationalGeographic are fond memories.  There were magazines I could read and a television show that aired on Sunday afternoons.  The programs and the reading materials were not just educational, they were magical.  Planet earth is fascinating!  There is so much beauty that we can and should enjoy.

As an example:  According to National Geographic the bird of paradise is the “diva” of the avian world.  The birds of paradise are in the family Paradisaeidae and are characterized by the splendor and brilliance of their plumage (feathers).  These birds are native to New Guinea and neighboring islands.

In addition, there is also a bird of paradise flower and plant.

The tweet search results also included video game art and an old actor that I used to have a crush on:  JeffChandler.

Display postures of some Bird of Paradise species. I did these for various projects, it was interesting to explore the various shapes, extravagant feather tracts of them. All watercolour and gouache on paper, except for the Raggiana BOP painting at the bottom, that is in oils. pic.twitter.com/WsIKOJcuuc

All birds of paradise (Paradisaeidae spp.) are protected under #CITES. pic.twitter.com/wd7NTv124r

On blooming, its pretty flowers (petals can also be white) look exactly like the bird of paradise in flight