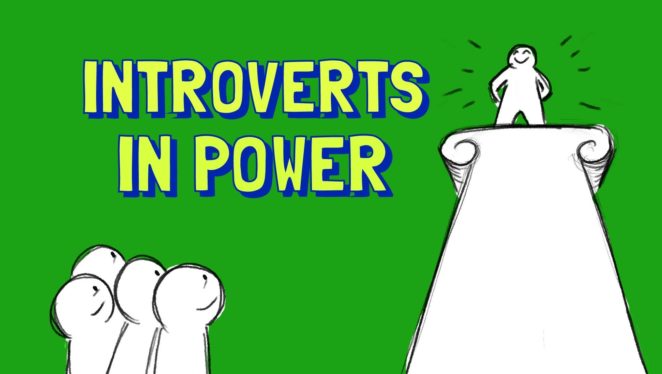 Introverted leader sounds like an oxymoron, but Abraham Lincoln was one, and certainly he wasn’t the first and nor will he be the last. In fact, History shows introverts make excellent leaders- thus some even deduced that introverts were better suited to the modern workplace.

Extroverts lead well when their groups are made up of passive followers that look to their leader repetitively for inspiration and guidance. But proactive groups consisting of members that take initiative, be creative and propose changes do better under introverted leaders.

It is also found that extroverts tend to be dominant which often impacts the team negatively and hampers communication by increasing the power distance.

But on the other hand, we frequently notice introverts shunning the opportunity to lead a team or be a leader. Why is it that they do so? The answer is buried in their own expectations and experiences from the job. Introverts often have a pre-conceived idea about in general all kinds of social situations and they tend to over-estimate negative emotions. And yes you guessed it right- these pre-conceived idea is almost always wrong.

A psychological experiment was conducted at Queensland University of Technology in Brisbane, Australia about the above topic. After this experiment, the introverts reported experiencing pleasure which they assumed was on per with the extroverts- only this time their assumption was correct. And most of them were glad they got a chance to participate in the experiment and lead a team as a part of the experiment.

So if introverts correct their forecasts of their own emotions then they may emerge into the great leaders of tomorrow.