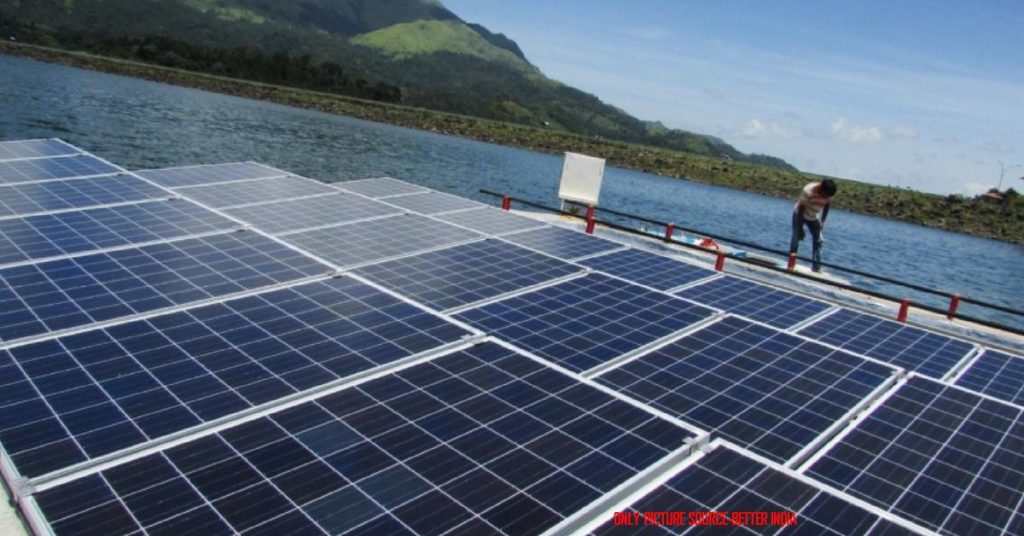 The State of Kerala proves it’s metal by an extraordinary initiative of a Floating Power Plant in this world of power shortage .This power plant is India’s 1st ever and the biggest source of Renewable Energy in the State of Kerala in India’s Southernmost region.

This said plant was inaugurated as on  by the Energy Minister of the State Legislative Assembly Mr. M. M. Mina. The exact place of this Solar installation is on the Surface of River ‘BANASURSAGAR DAM’  slopes in between two Mountains which did cost not so high but well managed by spending only 9.25 Crore of INR.

As a result as much as 7Lakh Units of Renewable Energy can be produced per year to meet perfectly to thousands of Household’s need of Electricity in the State which is also an achievement for India towards to world of Renewable Energy.

The Underground water proof Electric Cables inside beneath the River  are meant to Supply  Energy from the Source to supply Electricity to various Household’s Purpose. A Private Company named as ‘ADTECH SYSTEM ‘ at ‘TiruvanantPuram’ of  Kerala is the real Mastermind behind the success of this highly acclaimed Project in India.

(Pic Sources Only From The Better India & The Hindu.com)